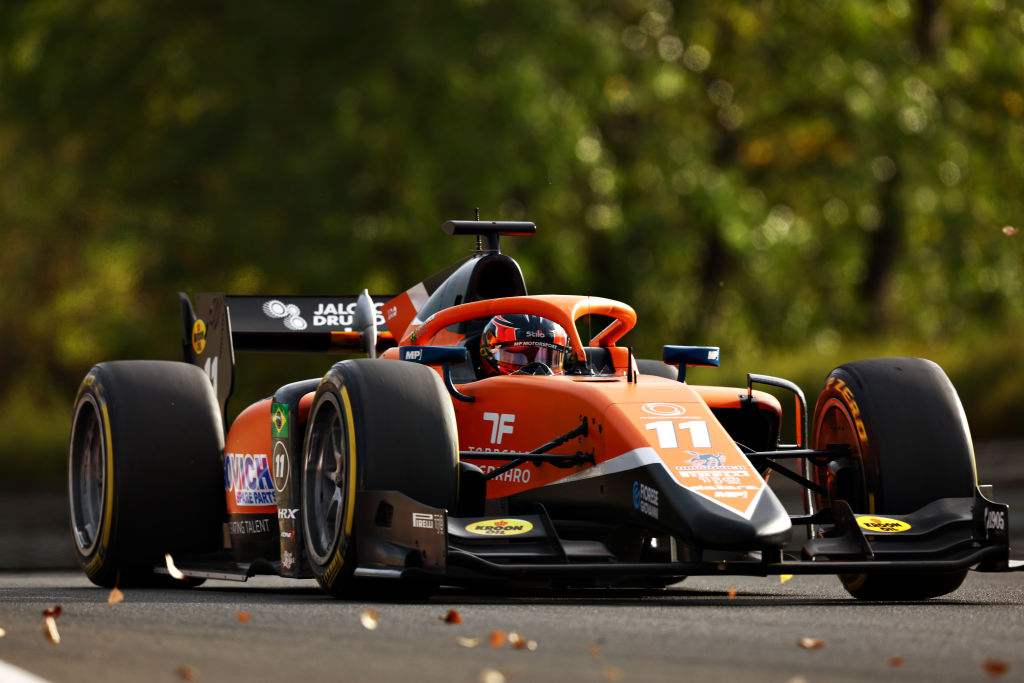 It was mixed conditions in Belgium, with a damp track early on, but times rapidly tumbled after an early red flag.

Jack Doohan was the first driver to run into issues on the greasy circuit, spinning on his opening lap. He was able to avoid contact, though, and returned to the pits. Shortly afterwards, Juri Vips spun at La Source and couldn’t get going again, bringing out the red flag before anybody could set a representative lap time.

When the session began properly, Marcus Armstrong hit the top of the times with a lap time of 2m00.353s. More than two seconds would be shaved off that time before the chequered flag.

Drugovich was the first driver to go underneath 2 minutes, setting a time of 1m59.990s. He wouldn’t stay there for long, with Amaury Cordeel, Ralph Boschung, Jehan Daruvala and Jack Doohan all taking turns at the top of the order.

Finally, in the closing stages of the session, Drugovich managed a time of 1m58.232s, putting himself back at the top of the order. There were other improvements after Drugovich’s final flying lap, but none would challenge the MP Motorsport driver.

Enzo Fittipaldi jumped up the order late on to go second quickest 0.383s behind Drugovich.

Logan Sargeant also improved late, putting himself third ahead of Doohan and David Beckmann. Beckmann had been on a strong lap earlier in the session, with a purple second sector, but hit traffic at the final chicane and ran wide to avoid contact.

A number of drivers ended the session under investigation for impeding, including Sargeant and Liam Lawson.

Lawson would finish the session sixth, ahead of Richard Verschoor and Theo Pourchaire. Daruvala and Boschung completed the top 10.