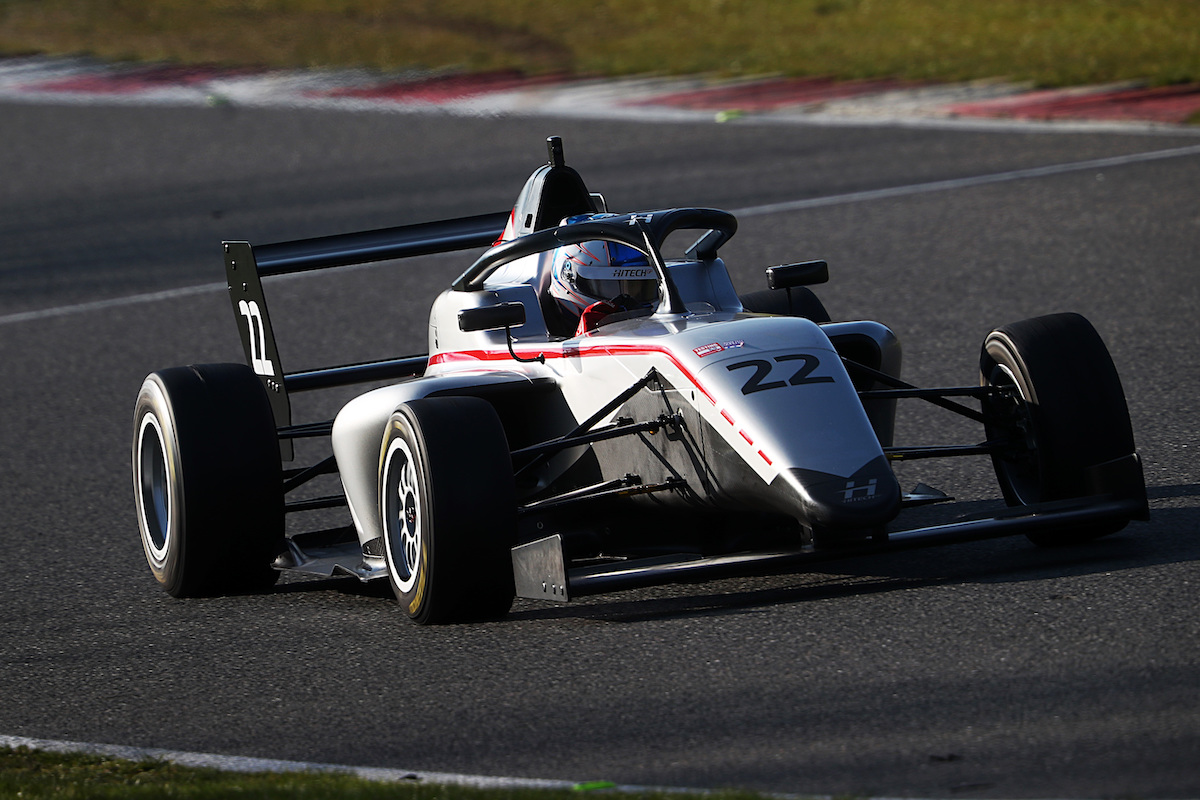 A total of 15 drivers took to the Snetterton 300 circuit, including a number of drivers yet to confirm their 2022 plans. Among them was Dunne, once again testing with Hitech.

It was a productive day, with no stoppages on track, though rain late in the afternoon limited running for some drivers.

Australian Noah Lisle, running with JHR Developments for the test, topped the times early in the opening session before being supplanted by Mercedes-AMG Formula 1 junior Daniel Guinchard.

Guinchard gradually reduced his own fastest lap, eventually leaving the benchmark at 1m48.937s. The time was untouched for most of the session as most of the field worked on longer runs, before a late flying lap from Dunne who put in a 1m48.783s time to top the order in the final hour.

Nobody would lap sub-1m49s in the afternoon session. McLaren F1 junior Ugo Ugochukwu, who was third quickest in the morning session, set the pace with a 1m49.013s lap in the first 20 minutes, a time which would not be improved upon.

Despite rain in the final hour of the session, most of the drivers were able to match their lap counts from the morning session, with the exceptions of Edward Pearson (Virtuosi) and Joseph Loake (JHR), who each managed less than 20 laps.

Neate set the most laps throughout the session. The Argenti driver was fourth quickest overall and managed a total of 97 laps.

De Haan joined testing with Chris Dittman Racing alongside Georgi Dimitrov and did 96 laps, as did Carlin’s Louis Sharp as he continued to use a first-generation F4 car in his adaptation to slicks-and-wings machinery.