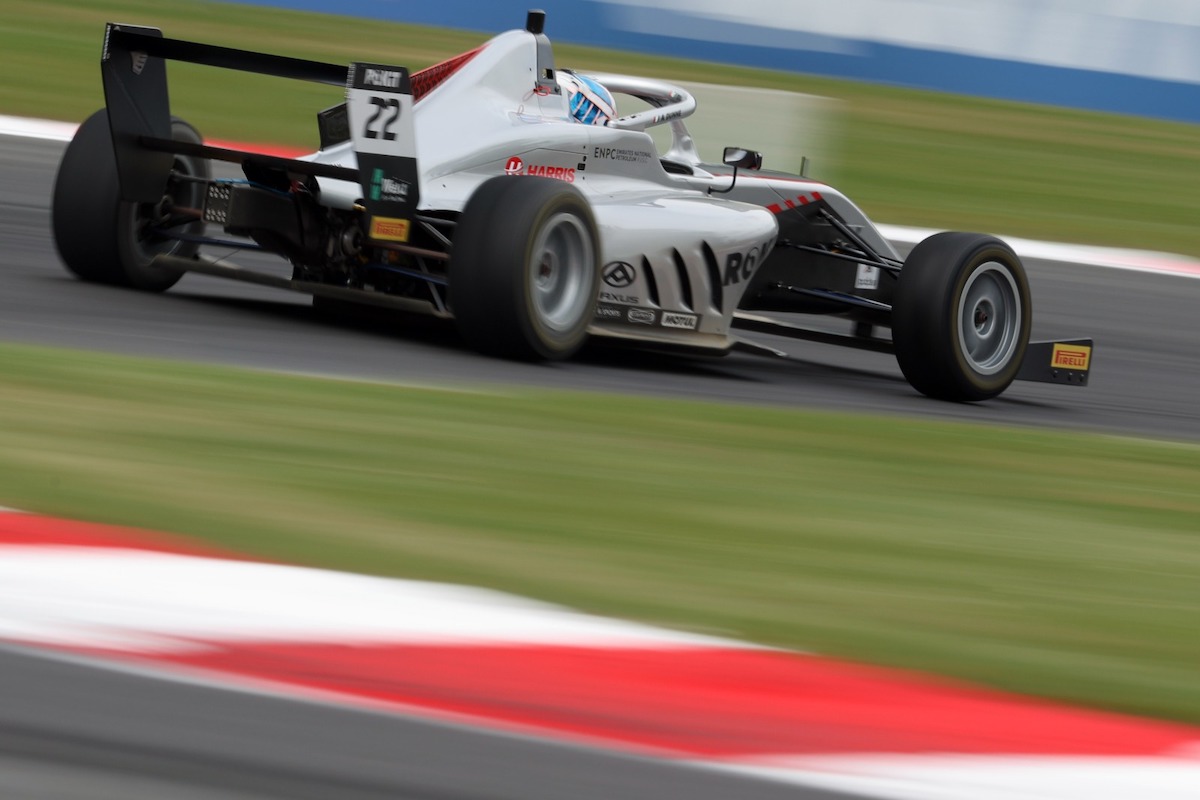 Alex Dunne takes a dominant victory in the opening British Formula 4 race of the weekend at Brands Hatch.

Second place starter Aiden Neate suffered a stall on the line, giving Dunne plenty of space as the field headed to the first corner. Georgi Dimitrov couldn’t put the pressure on Dunne early on and gradually slipped away from the pole sitter.

By the chequered flag, Hitech GP driver Dunne was 5.2 seconds ahead of the rest of the field, securing his third victory of the season.

Dimitrov also did not get a clean get away from the line. The JHR Developments driver moved before the start and although he came to a stop almost as quickly, he had pulled halfway out of his grid box and was handed a 10-second time penalty for a false start. Though he finished second on track, he dropped down to sixth in the overall results.

His team-mate Joseph Loake was promoted to second ahead of Ollie Gray.

Gray had spent the first half of the race leading a small train of drivers, with Ugo Ugochukwu, Eduardo Coseteng and Michael Shin all close behind. He was able to shake off the rest of the group and slowly close in on Loake, but wasn’t able to attack him.

Ugochukwu also came close to challenging late on but had to settle for fourth. Shin was the final driver to be promoted a position by Dimitrov’s penalty. Coseteng was the only driver to retire, coming into the pits with eight minutes to go with an apparent technical problem.

Outside the top 10, Neate and Daniel Guinchard spent the race climbing up throught the order together. Mercedes junior Guinchard, who had started eighth, got a poor getaway and was at the back of the field by the end of the first lap.

In the closing stages of the race, they had closed in on Noah Lisle and Louis Sharp, who were running ninth and 10th. Neither driver could make a move and Lisle and Sharp maintained their positions to the chequered flag, the latter scoring a point on his debut.