written by Alejandro Alonso Lopez 14 May 2022 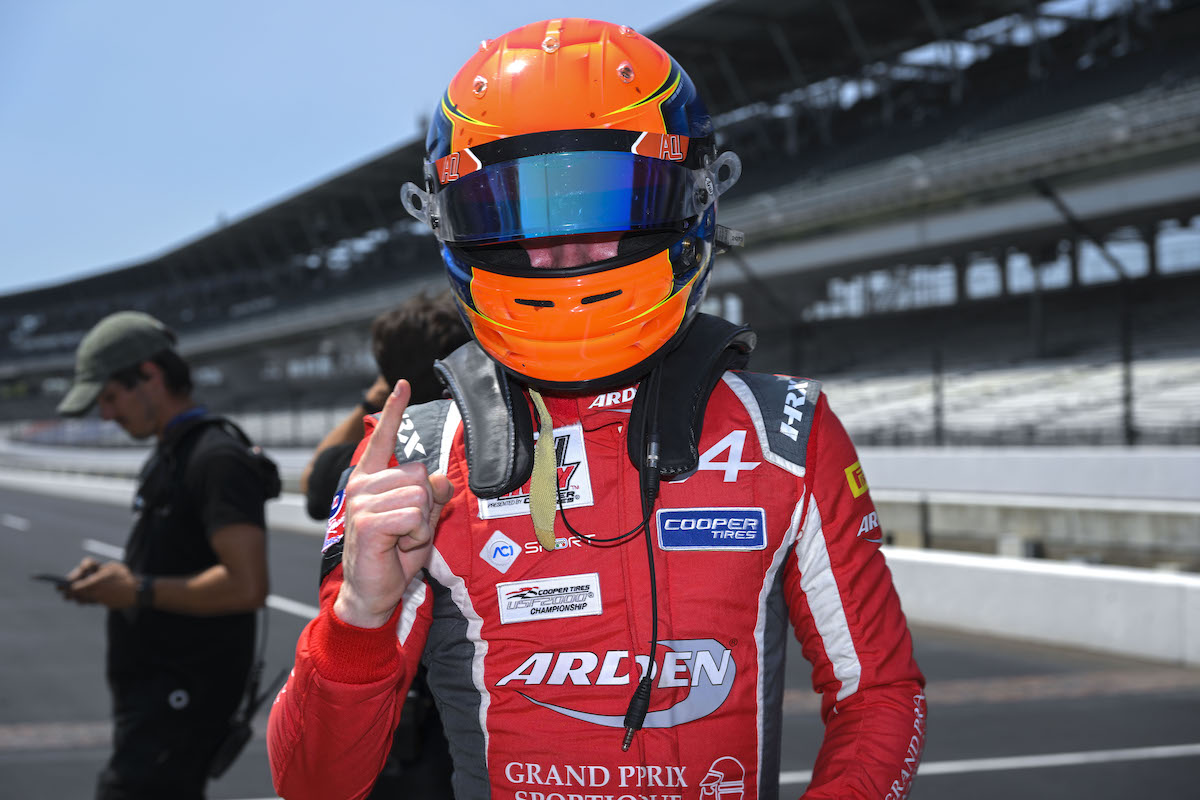 Velocity Racing Development’s Alex Quinn won again in his second USF2000 race at Indianapolis after Jagger Jones hit the back of race-leader Michael d’Orlando with three laps to go.

A clean start allowed Cape Motorsport’s Jones to hold on to the lead at the start. Just behind him, his team-mate d’Orlando went around the outside of Quinn at turn one to move up to second place.

The first and only full course yellow of the race came out at the end of the opening lap as Jay Howard Driver Development’s Yeoroo Lee stopped in the grass going into the final corner.

The race resumed four laps later and, once again, d’Orlando chose to go around the outside and passed Jones for the lead of the race. Pabst Racing’s Myles Rowe, Jace Denmark and DEForce Racing’s Thomas Nepveu went three-wide into the first corner as they battled for fourth place. Nepveu, on the outside, spun round as a result of a contact with Rowe, who was the car in the middle.

With five laps to go, Jones started to put pressure on d’Orlando. He was eventually able to attempt a move thanks to the slipstream, but d’Orlando committed to the outside line holding on to the lead of the race.

In the following lap, Jones missed his braking point locked up his tyres and hit the rear of d’Orlando as the pair approached the first corner. D’Orlando spun round while Jones dropped behind Quinn, who took the lead of the race.

Jones would then lose places to Billy Frazer and Myles Rowe (who had just swapped positions) and then retired into the pits at the end of the lap. D’Orlando, who had rejoined in seventh place after the spin, recovered to take the chequered flag in fifth position.