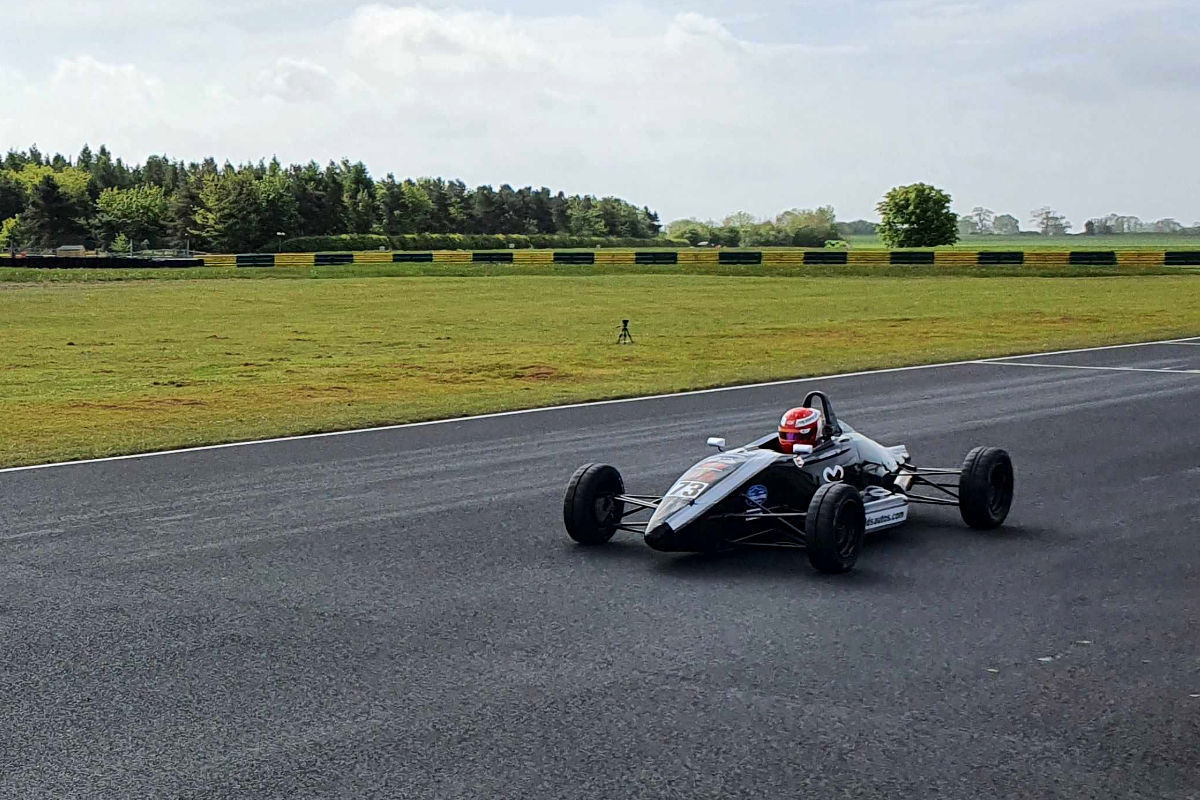 Romanek was on top throughout the early morning qualifying session on Saturday, setting a 1m26.382s to go top early on and then improving to a 1m26.258s in traffic.

He wasn’t able to improve on that once 31 cars were on track, but nobody else could match it and he ended up with pole position.

B-M Racing’s Jamie Sharp and Ammonite Motorsport’s Colin Queen fought over the the side of the front row, with Queen initially second fastest and Sharp in third. With four minutes remaining, Sharp got ahead with a 1m26.430s lap and Queen couldn’t respond as there was red flags brought out after BRSCC chairman and BRSCC Northern FF1600 runner Peter Daly got stuck in the turn one gravel.

Race control decided to restart the session with just under three minutes left on the clock, and several drivers were able to sneak in a final lap. However with such a busy track there were no improvements near the top and Sharp qualified second ahead of Queen.

Morgan Quinn was the top Team Dolan driver in fourth, with the team going out late after the restart and missing the chance to set a final flying lap, while Romanek’s team-mate Brandon McCaughan was an impressive fifth place ahead of Kevin Mills Racing’s championship leader Jordan Dempsey.

GB4 race-winner Megan Gilkes and Ammonite’s Andre Lafond were the last two drivers within a second of the pace.

Graham Brunton Racing’s Michael Gray was the top driver entered for the Scottish FFord championship this weekend down in 12th place, two seconds off pole after his fastest lap was deleted, and the top Northern FF1600 runner was Nick Barnes who was 3.208s back in 15th in a 1989 Swift car.