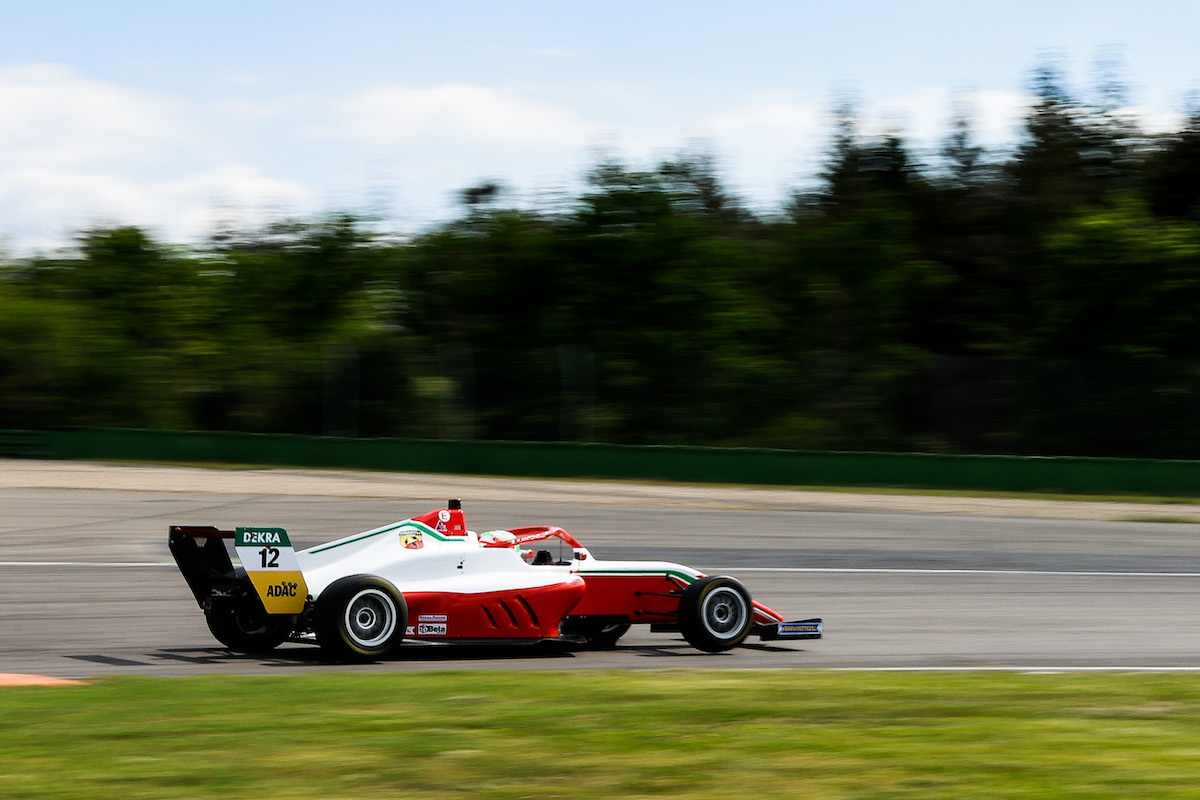 Mercedes junior Andrea Kimi Antonelli cruised to victory in the first ADAC Formula 4 race of round two at Hockenheim.

The Prema kept the lead from pole position at the start and was able to escape as team-mate Rafael Camara scrapped with PHM Racing’s Taylor Barnard over second place.

Barnard got ahead of Camara on the first lap before the Ferrari academy driver took the position back into the hairpin on lap three.

Camara could do nothing about Antonelli, who continued to pull away and eventually won by 6.614 seconds.

Barnard finished third after defending his position from Charlie Wurz on the last lap.

Martinius Stenshorne was Van Amersfoort Racing’s lead finisher on its delayed ADAC F4 season debut in fifth place. He was comfortably clear of James Wharton, who finished with Jonas Ried on his tail.

Arias Deukmedjian came from 14th on the grid to finish ninth for VAR, just behind Conrad Laursen, with team-mate Brando Badoer seeing off the mid-race challenges of Jenzer Motorsport’s Rasmus Joutsimies and privateer Michael Sauter to take 10th.