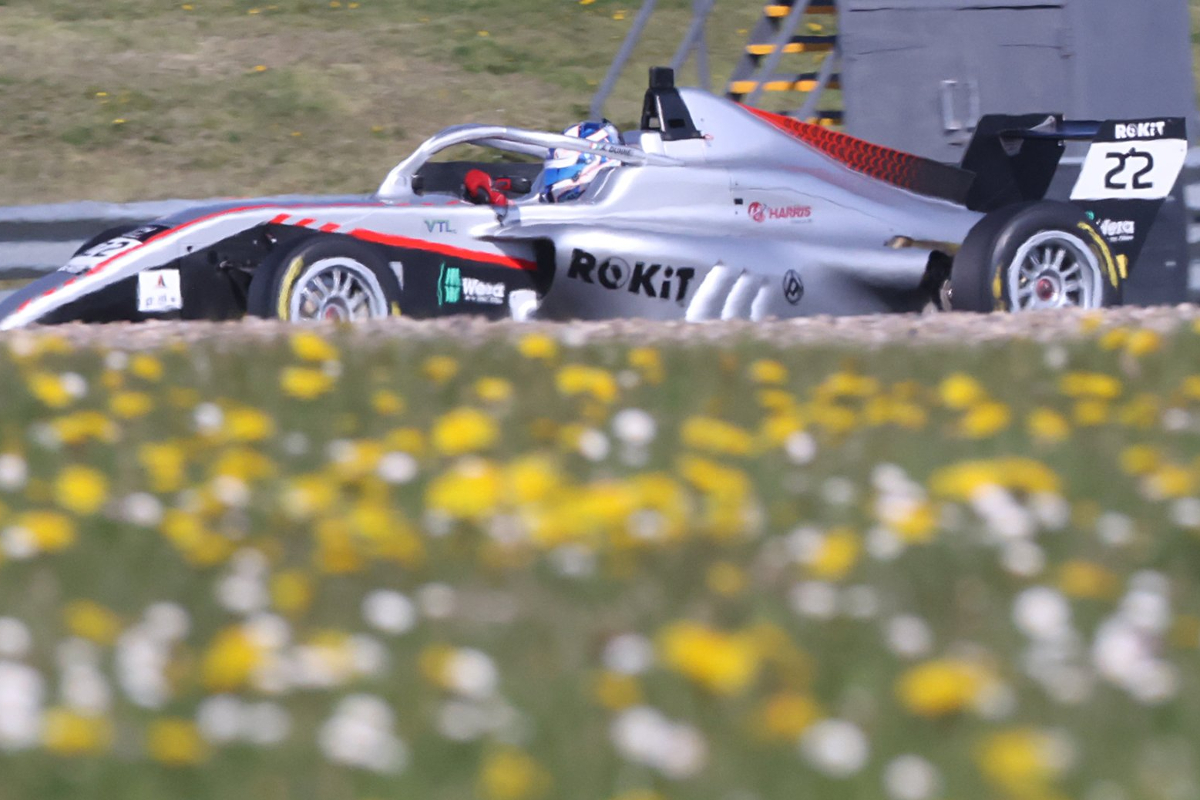 Alex Dunne won the opening race of the British Formula 4 season with a dominant performance at Donington Park.

Dunne took the race lead on the opening lap from poleman Ugo Ugochukwu and would remain at the front of the field for the rest of the race.

Carlin’s Ollie Gray and Ugochukwu tried to stick with the Hitech GP driver, but within a handful of laps Dunne had extended a gap of more than 1.6 seconds at the front.

Gray eventually managed to shake off Ugochukwu in the second half of the race but wasn’t able to close in on the race leader, with Dunne taking the chequered flag 4.549s ahead for victory on his championship debut.

Ugochukwu, in his first ever car race, completed the podium. The McLaren Formula 1 junior fell slightly away from Gray midway through the race when Aiden Neate began to challenge him for third. After holding off the Argenti Motorsport driver, Ugochukwu tried to bring the fight back to Gray but ran out of laps before he could close in again.

Neate had to settle for fourth, ahead of fellow series sophomores Joseph Loake and Eduardo Coseteng.

Coseteng was one of three drivers to stall on the grid and dropped to the back of the field. He did manage to get away and spent the rest of the race slowly picking his way back up through the order.

In the closing stages of he was caught in a battle with Georgie Dimitrov and Daniel Guinchard, but managed to put both drivers behind him. Edward Pearson almost snatched sixth from him on the start-finish line, but Coseteng was just ahead as they took the chequered flag.

Guinchard lost a place on the final lap and finished eighth behind Pearson, while Dimitrov and Noah Lisle completed the top 10.