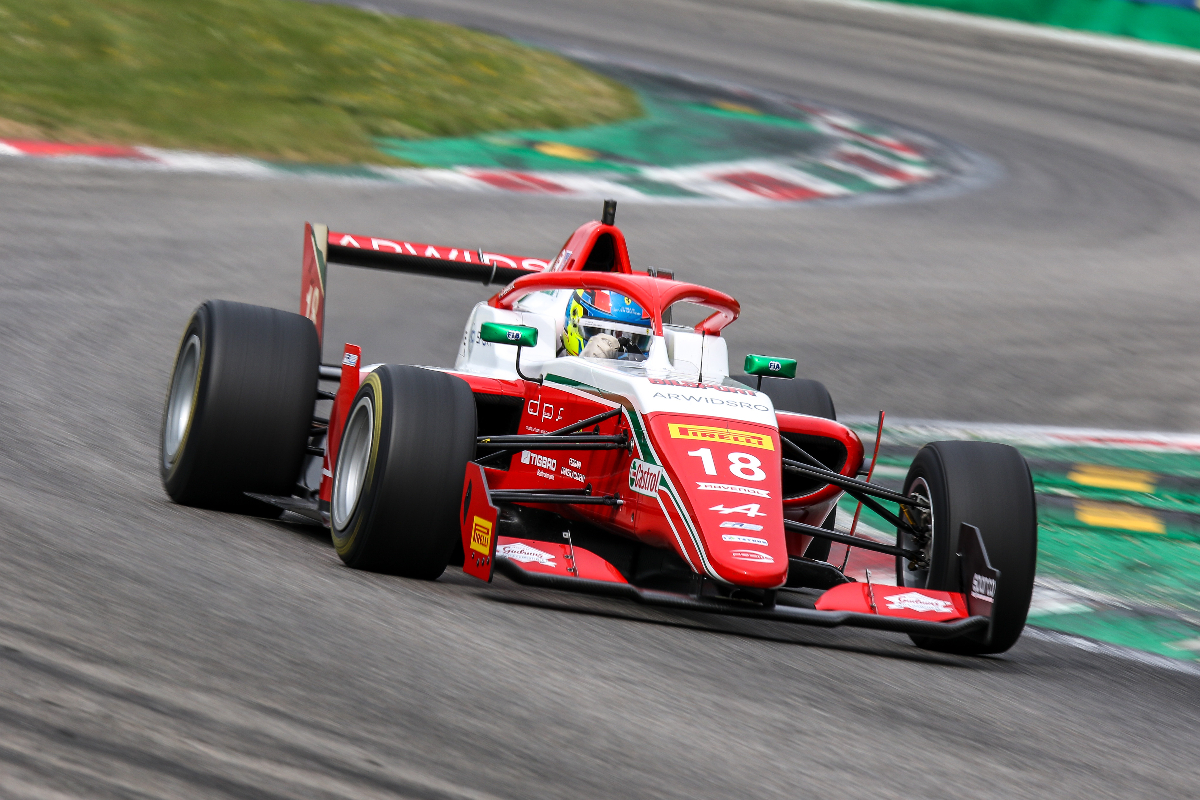 Dino Beganovic triumphed in a dramatic opening race of the Formula Regional European Championship at Monza.

The Prema driver took a lights-to-flag victory ahead of Michael Belov and Lorenzo Fluxa in the 30-minute encounter held in wet conditions and featuring three safety car periods.

A great start allowed poleman Beganovic to pull clear off the line, while Fluxa dropped from the front row to fourth behind Gabriele Mini and Belov. The latter then lost out in the battle for second into the first chicane, allowing Fluxa to regain third.

A first-corner collision between Eduardo Barrichello and Laurens van Hoepen forced several cars to take evasive action and the safety car was deployed after van Hoepen retired with damage. Barrichello rejoined at the back after pitting.

There was more drama when the race resumed after 10 minutes. Beganovic prepared to lead the cars away through Parabolica and was rear-ended by Mini, whose front wing became lodged under his car. Mini slowed before heading to the pits, and Beganovic pulled away. Fluxa meanwhile missed the second chicane and dropped to third behind Belov.

The safety car was almost immediately re-deployed as Lena Buhler spun into the Parabolica gravel and Pietro Delli Guanti and Dilano van’t Hoff came to blows at the second chicane. Paul Aron damaged his front wing in a separate incident, forcing him to pit from eighth.

The race then resumed again at the halfway mark, with Kas Haverkort now in fourth. But he was soon passed by Hadrien David and Gabriel Bortoleto within the space of a few corners.

Beganovic had a scare into the first chicane when he got sideways under braking and bounced across the kerbs, but was able to return to track still with the lead.

The order remained the same at the front until a third safety car period in the closing stages, caused by Axel Gnos crashing at the exit of the second Lesmo corner. Beganovic kept his cool in a final-lap restart to lead home Belov by 0.767 seconds.

Despite missing the first chicane at the restart, David held fourth after going wheel-to-wheel with Bortoleto. The latter then lost out at Ascari to Haverkort, who snatched fifth .

Mari Boya came home seventh, ahead of a charging Sebastian Montoya and Sami Meguetounif. Maceo Capietto was 10th for Monolite Racing, and Mini recovered to 16th.