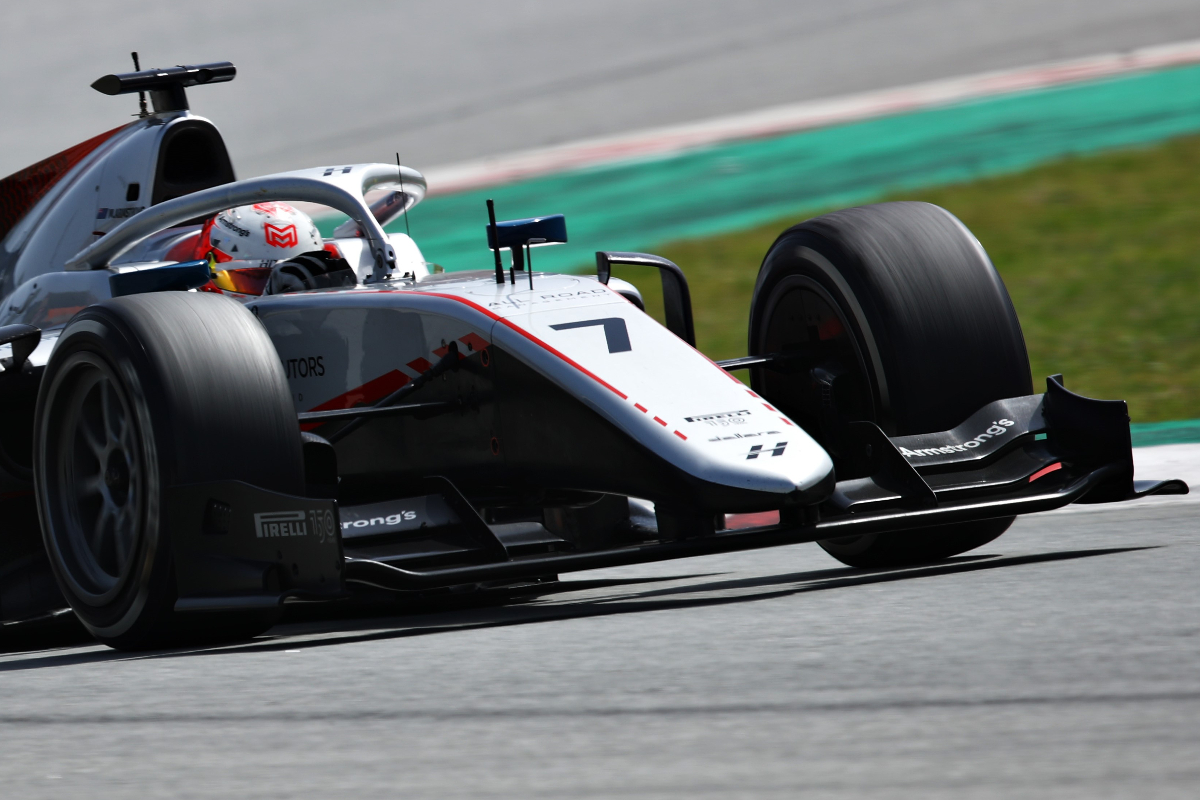 Marcus Armstrong took victory in Formula 2’s sprint race at Imola ahead of Prema’s Jehan Daruvala and Dennis Hauger, in an afternoon with little overtaking.

Armstrong took the lead at the start, as reversed grid pole-sitter Logan Sargeant dropped to fifth. A brilliant getaway from Roy Nissany momentarily put him up to second from fifth on the grid, before going back to fourth just behind Daruvala and Hauger.

In the middle of the pack, the title top two Felipe Drugovich and Liam Lawson were gaining the most places, moving up five and four positions respectively on lap one.

The safety car had to be deployed at the end of the lap to clear David Beckmann’s car, as Charouz Racing System driver spun at the Tamburello chicane after receiving a slight touch from Clement Novalak to his rear-right tyre. Novalak had to pit for a new front wing, and rejoined at the back of the pack.

The race resumed with Hauger putting pressure on Daruvala at the end of the main straight, as the top three soon opened a gap over Nissany, who was holding back Sargeant, Ralph Boschung and Drugovich.

It closed up at the front when a fuel pump failure forced Boschung out and caused a VSC period, and when the track went green again Sargeant continued to attack Nissany, with Drugovich right behind them.

Daruvala meanwhile closed on Armstrong, but overtaking proved to be much more difficult than in FIA Formula 3’s sprint race and none of them were able to pass the car ahead. Armstrong ended up claiming his second F2 win ahead of Daruvala, and a loose sidepod couldn’t prevent Hauger from taking his first F2 podium in third.

Nissany was just half a second behind at the end though, with Sargeant dropping off his tail and into the clutches of Drugovich, who would eventually pass the Williams junior driver with two laps to go.

In the closing stages Frederik Vesti also made up a position, taking 10th place from Jack Doohan who was visibly struggling with his tyres.

Amaury Cordeel, who was meant to start from 16th on the grid, didn’t start the race as he lost the control of his car down to Acqua Minerale on his way to the grid, damaging his rear-left suspension.