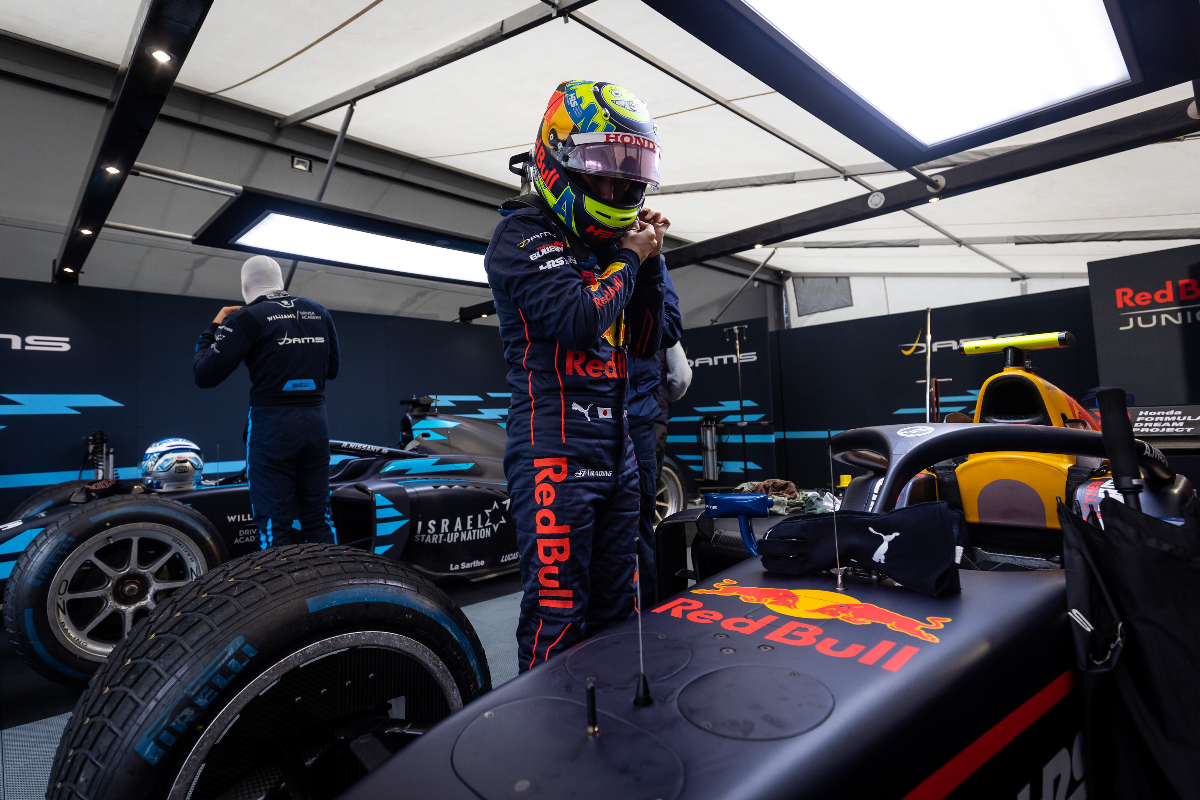 DAMS will have both of its cars start in the top 10 for Formula 2’s two races at Imola, following a strong session for a team often struggling with qualifying.

There had been no prediction of rain for qualifying, but it arrived in the preceding track session and changed the plan for F2 teams. The track dried while cars were on track, and among the best to adapt to the changing conditions were DAMS’ duo.

In the post-qualifying press conference, Iwasa expressed his pre-qualifying doubts in reply to a question from Formula Scout.

“Honestly, I was a bit nervous after free practice because I couldn’t do a complete lap, so I had a red flag every time just before the pit entry,” he said. “Also I saw the sector time in sector one and sector two, it was not great compared to others.”

However, Nissany’s pace gave hope to the Red Bull and Honda junior heading into qualifying.

“My team-mate had quite a good pace, so he used it and still I had a good confidence to adjust the car set-up and my driving for the next session. We could do a good adjustment so it was really positive.”

Formula Scout also caught up with Nissany in the paddock, where he expressed his main concerns from a qualifying session which slipped into dusk and cooler temperatures.

“It was wet and unclear out there, so it was very hard to find the right lines and the right braking points,” he said.

“It’s lap after lap that you get the feeling. I was very afraid of red flags because they can catch you in any moment and you have to stop your lap, so it was also a very important part of the game.

The Williams junior also showed his happiness about the result achieved by the team.

“The car was great. I think Ayumu did a great job, and it’s great to be inside the top six together. I’m happy with it, and I think we can get a lot out of it tomorrow.”

Nissany pointed out that the car set-up was crucial in such a cold conditions and especially in bringing the tyres up to temperature, something DAMS has struggled with in recent years since the adoption of 18-inch wheel rims.

“We had a good set-up for that. That was crucial. We had a lot of preparation and a lot of speculation on how we can warm up the tyres well. So, there were a lot of specific procedures that we applied, and it worked.”