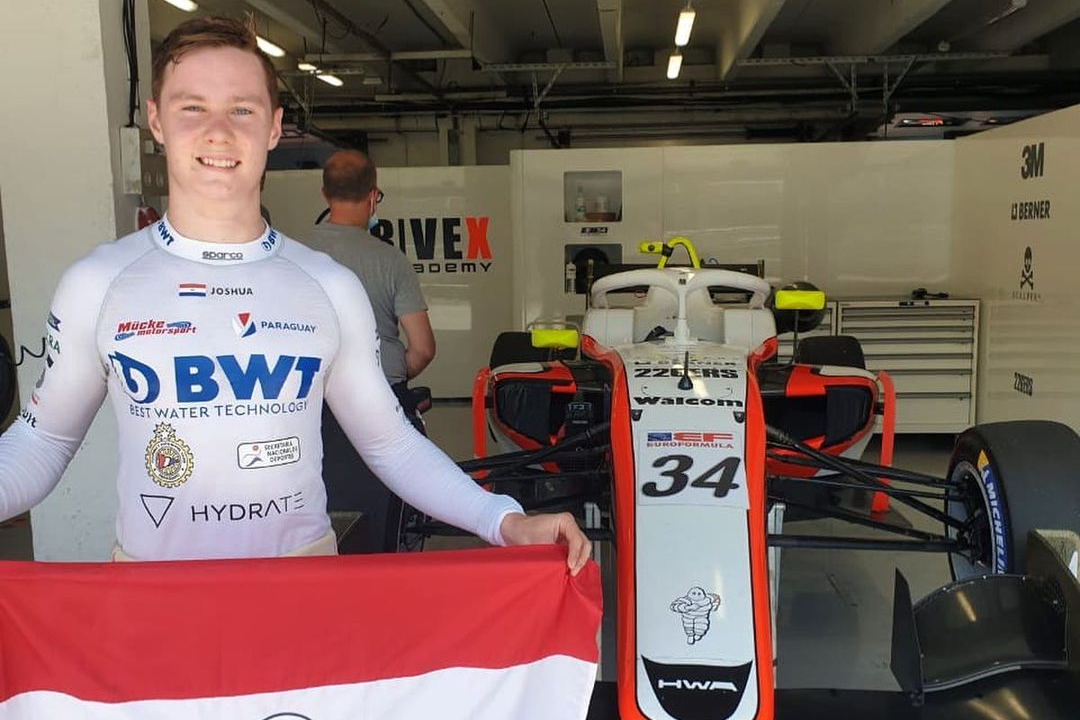 Drivex School has made a late change to its Euroformula line-up for this weekend’s Hungaroring round, replacing Enzo Trulli with Joshua Duerksen.

Trulli, son of Formula 1 race-winner Jarno, is the reigning Formula 4 United Arab Emirates champion and in his rookie year in car racing. He’s currently sixth in the Euroformula points, with one podium finish, and was entered to race in Hungary.

However what Formula Scout understands to be a contractual dispute led to ADAC and Italian F4 race-winner Duerksen being signed, and then the fallout of that meant Duerksen missed the opening session of Thursday’s pre-event test.

“I am very happy to announce that this weekend I will be competing in a race in Euroformula,” said Duerksen.

“Thanks to the Drivex team and Road to Success [management] for this opportunity that I plan to make the most of to continue growing and taking the steps forward for my career.”

Drivex put out an accompanying statement saying: “Extraordinarily, Joshua Duerksen will replace Enzo Trulli in the fourth round of Euroformula Open at Hungaroirng for reasons beyond Drvex Team”.

Despite missing the opening session, Duerksen was quick to get on the pace, and actually went fastest in session three of the day. However he was the only driver not to improve in the slightly cooler final session, dropping him from third to fifth overall on the end-of-day timesheet.

Motopark’s American duo Cameron Das and Jak Crawford were the top two in that session, with Crawford having been fastest at the start of the day and Das having also topped session two. There was a gap of 0.326 seconds between the rivals on laptime, with Van Amersfoort Racing’s debutant Cem Bolukbasi a further 0.083s back in his first running in the Dallara 320.

His team-mate Rafael Villagomez was fourth fastest, while behind Duerksen the only other two drivers within a second of the pace were CryptoTower Racing Team drivers Louis Foster and Nazim Azman.