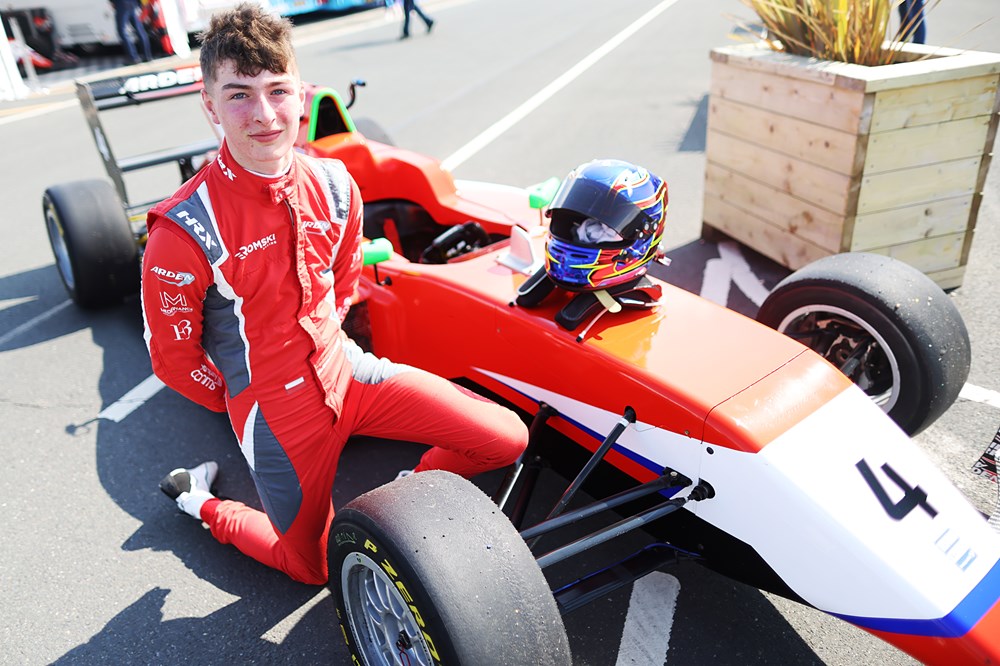 Arden is back up to two cars for this weekend’s BRDC British Formula 3 round at Donington Park, after starting Thursday with two drivers but then losing one.

Alex Connor and Frederick Lubin drove for the team in the opening two rounds of the season, with Connor initially set to miss round three on Donington’s Grand Prix layout and with British Formula 4 racer Roman Bilisnki lined up to replace him.

However on Thursday morning it was announced that Lubin would be unable to compete due to a health issue, and with Bilinski yet to be confirmed it provisionally left the team with two unfilled entries.

In the afternoon Bilinski was then announced, with Connor confirmed as driving the car Lubin was set to be racing in.

Bilinski raced for Arden last year in his rookie British F4 season and picked up three podiums with the team, then switched to Carlin for 2021.

“We’re not setting any expectations for the weekend, it’s all about going out, learning the circuit, the car and enjoying the experience,” the Polish teenager said during pre-event testing at Donington.

The four 30-minute test sessions of the day went largely without incident, and it was Elite Motorsport’s Javier Sagrera who put in the fastest lap in the final session with a 1m25.179s.

Fortec Motorsports’ Roberto Faria topped two of the sessions – the first and the third – while Connor took his turn at the top in the second morning session.

Sagrera was in the top three throughout all of the sessions, with times gradually getting quicker as the day went on, while Bilinski came on strongest in the final session by taking the second-fastest time after also finishing in the top three of the first session.

The one red flag throughout the day was caused by Elite’s Jose Garfias, who was beached at Coppice in the middle part of the first session and then missed the second.

As well as the addition of Bilinski, Carlin ran a fourth car for his British F4 team-mate Dougie Bolger, who was on the pace with the tail-end of the pack from the off. He is not set to take any part in the weekend’s racing.

Hitech GP’s Bart Horsten was the only driver not to set their personal best in the final session, and actually set identical laptimes in sessions two and three to place eighth for the day.