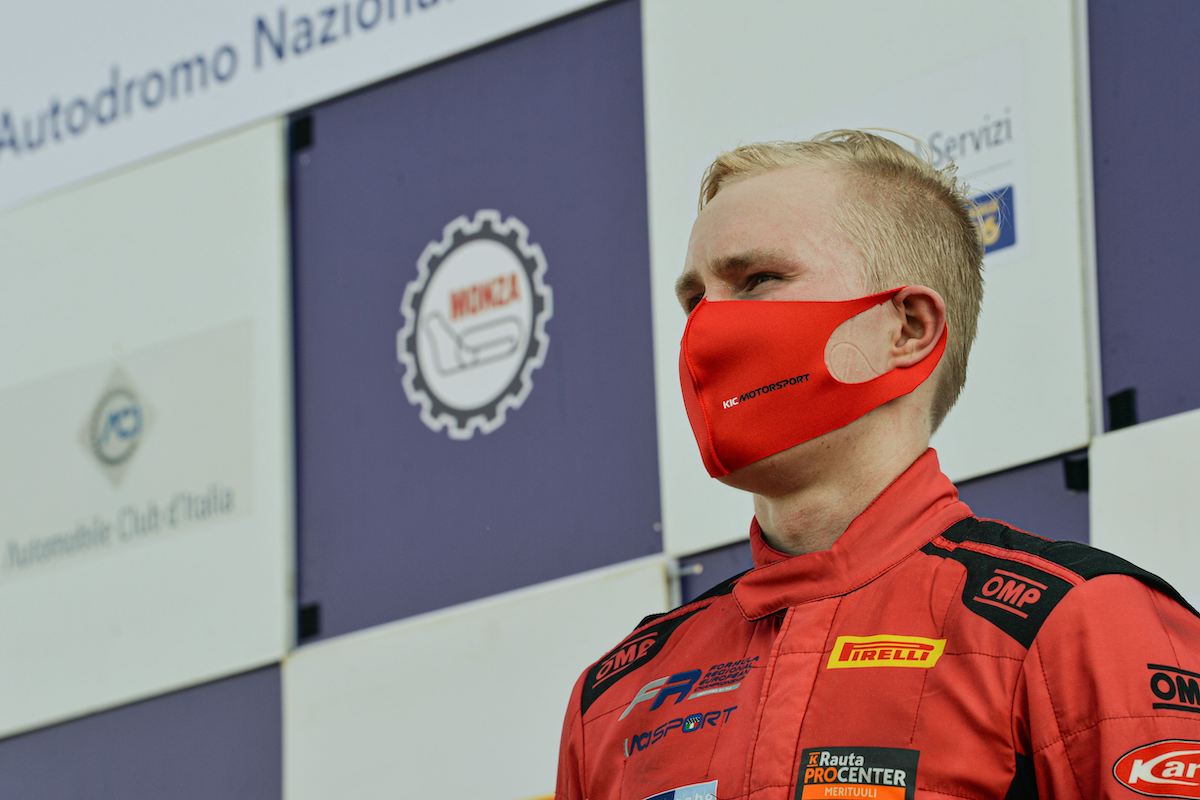 The Finnish driver will replace Thomas Ten Brinke, who made a surprise announcement that he would retire from motorsport with immediate effect after the FREC round at Zandvoort last month.

Pasma won four races with KIC on the way to fourth in the FREC points last year, and stayed on with the team for 2021. He’s currently 10th in the standings after 10 races, and recognises KIC’s contribution to his career with his team move.

“There is no drama in this team change. For me an opportunity opened up and I decided to take it,” Pasma said.

“KIC Motorsport has played a big role in my career as we’ve collected several victories and other podium positions during our one year cooperation. A big thank you to all the team members.”

He expects his mid-season switch to ART GP to be a challege over the remaining 10 races of the year.

“[ART] is a great team with many great records, and I can be proud to be part of it.

“It won’t be a walk in the park, starting our collaboration in the middle of the season, but I love the challenge. I am really looking forward to working with them and seeing what we can achieve together.”

“As Patrik had the opportunity to continue his career in the team which is currently in leading position of the team championship series, we would like to thank Pasma for his co-operation,” said Flythstrom.

“KIC Motorsport never goes against the will of the driver and therefore we wish him all the best and success in the forthcoming events.”

ART GP’s team manager Sebastien Philippe is also confident that Pasma will be able to adapt quickly to the change.

“I would like to thank KIC Motorsport for facilitating Patrik’s transfer to ART Grand Prix during the season, and I am sure that between his maturity and our experience, his acclimatization will be quick and efficient,” he said.

“Patrik can have a big impact on the rest of the season and we are counting on him to help us win the teams championship.”

Pasma’s first races with ART GP will be Spa-Francorchamps on the July 25/26 weekend. The team currently holds a 14-point lead at the top of the standings.