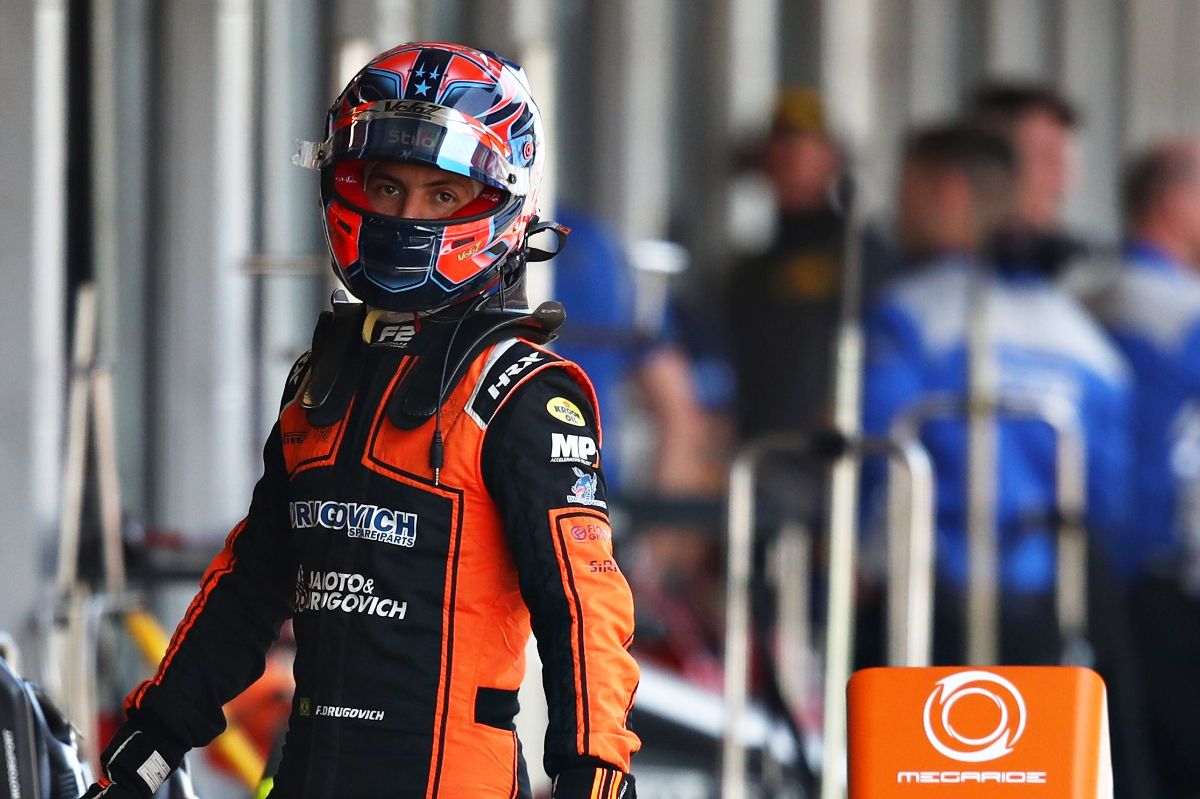 Felipe Drugovich has explained to Formula Scout the full story of his sprint race in Monaco, which ended up being disastrous for the Formula 2 championship leader.

The MP Motorsport driver picked up a puncture on lap one, and had his race go from bad to worse before ending in retirement.

Starting ninth, Drugovich “had to back out of the throttle to avoid [Jake] Hughes who stalled on the grid” to get to Ste Devote unscathed. However “someone from behind – I think [Roy] Nissany but I’m not sure – couldn’t avoid me and punctured my tyre” before even reaching the braking zone for the first corner and Drugovich was on the back foot.

Pitting from second-to-last at the end of the lap, he decided to roll the dice and surprisingly opt for grooved tyres usually reserved for wet weather running. Drugovich told Formula Scout that the decision was his.

“As soon as I felt a few drops [of rain] I thought ‘let’s go for wets and maybe it’ll start pouring down’. Basically the race was already lost. You can’t overtake 10 cars just to get points.”

When the rain failed to arrive, despite the dark clouds over the circuit, the Brazilian accepted that the gamble had failed and stopped for slicks “but these weren’t the slicks that they were meant to be”.

To compound his nightmare race, he “then got a penalty for speeding in the pitlane, which we don’t understand as I used my limiter the whole time, so either the speed limiter was not adjusted right or something like that and they’re checking it now”.

But Drugovich’s awful day got even worse than that when a second stop brought another pitlane speeding penalty.

Running five laps behind the rest of the field, there was little to be gained from continuing but even retirement proved difficult due to the outstanding penalty. “Obviously if you don’t serve your penalty now they’re going to apply it tomorrow,” Drugovich noted.

MP needed to ensure that no unserved penalties would be carried forward to the feature race, which Drugovich will start from pole position, before retiring his car and when the team did confirm on the radio that Drugovich would retire it was accompanied by a reminder to “please drive slowly in the pit lane, OK”.

The race “was really something to forget, but we also learn for tomorrow,” said Drugovich. “We were just lucky this happened today and not tomorrow.”

In the end though Drugovich only had his championship lead cut by three points as ART Grand Prix’s Theo Pourchaire finished sixth, and is “very optimistic” ahead of Sunday’s feature race. After all, “it’s not every day you get to start from pole in Monaco”.