written by Alejandro Alonso Lopez 29 May 2022 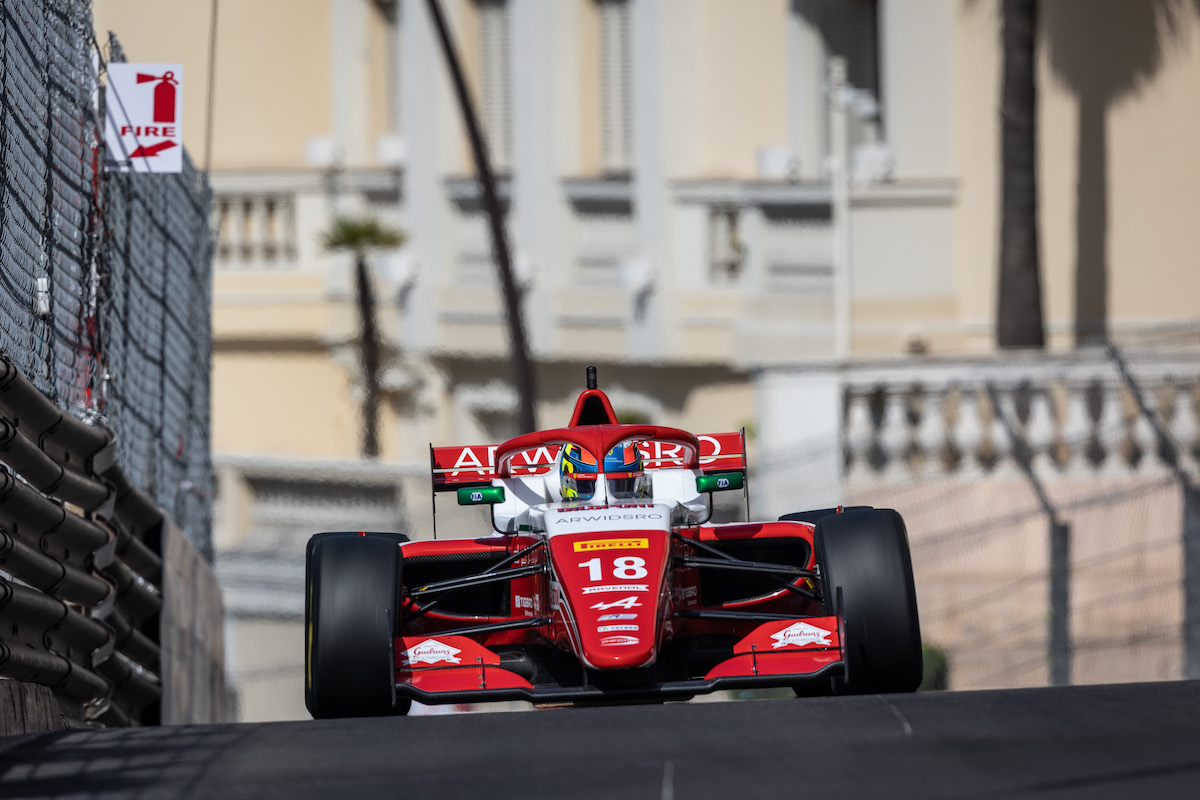 Beganovic led from pole, while ART Grand Prix’s Gabriele Mini tried to gain second place into the first corner with a late braking. However, R-ace GP’s Hadrien David held on around the outside of the Italian to stay in his starting position.

Several incidents further down the pack brought the safety car out before the end of the opening lap. Trident’s Roman Bilinski found himself in the wall the the exit of Casino, and the same happened to Monolite Racing’s Maceo Capietto at Tabac.

Van Amersfort Racing’s Joshua Dufek missed his braking point on the way down to the Nouvelle chicane and slightly hit the rear of R-ace GP’s Lorenzo Fluxa. Both drivers were able to continue, but Dufek had to dive into the pit-lane for a new front-wing.

The race resumed shortly after with the top 10 runners holding on to their positions. In the middle of the pack, Trident’s Tim Tramnitz passed FA Racing’s Esteban Masson for 15th place at the Grand Hotel hairpin. Tramnitz also touched the rear of Prema’s Sebastian Montoya in the process, but the contact had no consequences for any of the drivers.

Beganovic soon opened a gap at the lead, which was as big as five seconds with less than 10 minutes on the clock. David, who had been under pressure from Mini in the first laps after the safety car, increased his pace in the closing laps, but it wasn’t enough to challenge Beganovic for the win.

The Frenchman took the chequered flag in second place, just over two seconds behind race-winner Beganovic and ahead of Mini, who was pressured by VAR’s Kas Haverkort as the race approached its end.

In the final laps, Trident’s Leonardo Fornaroli missed his braking point at the exit of the tunnel, which resulted in him taking a non-optimal line into the Nouvelle Chicane. The Italian, who was running within the top 10, avoided cutting the chicane, but lost position to the four cars behind him to drop outside of the points positions.

Laurens van Hoepen was one of the drivers to gain a place thanks to Fornaroli’s mistake. The ART GP driver was the best-classified rookie in eighth place.