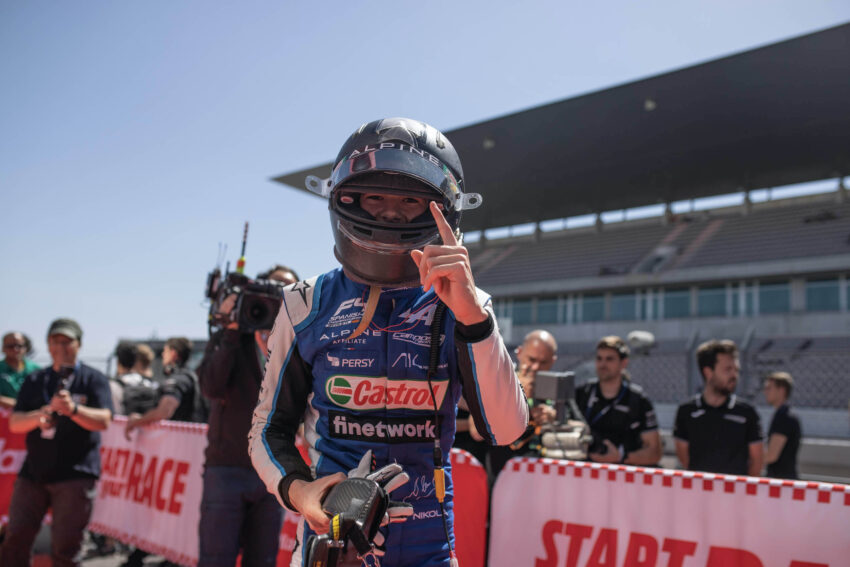 Fernando Alonso’s protege Nikola Tsolov was fastest by half a second again in a shortened second Spanish Formula 4 qualifying session at Jerez.

The Sunday morning session was ended early with just over three minutes still left on the clock when Teo Martin Motorsport’s Lola Lovinfosse encounter trouble in the second sector of the lap and her car had to be retrieved.

Qualifying had already been delayed due to a “technical problem”, according to the championship, and when action had got underway it was Campos Racing’s Hugh Barter who initially set the pace.

Laptimes weren’t representative at that point though, with the pace improving by six seconds before red flags were waved.

Tsolov claimed pole position for race three with his final lap, the Campos driver setting a 1m43.033s lap that was 0.513s faster than Georg Kelstrup in second place. The best sector times were all set by Tsolov, and it ended up being that only nine drivers were able to lap within a second of his pace given they were denied the chance to improve with qualifying’s early finish. The Bulgarian has already secured pole for race two, which takes place on Sunday morning.

Barter was third fastest, 0.598s off pole, and MP Motorsport-run duo Suleiman Zanfari and Valerio Rinicella were fourth and fifth.