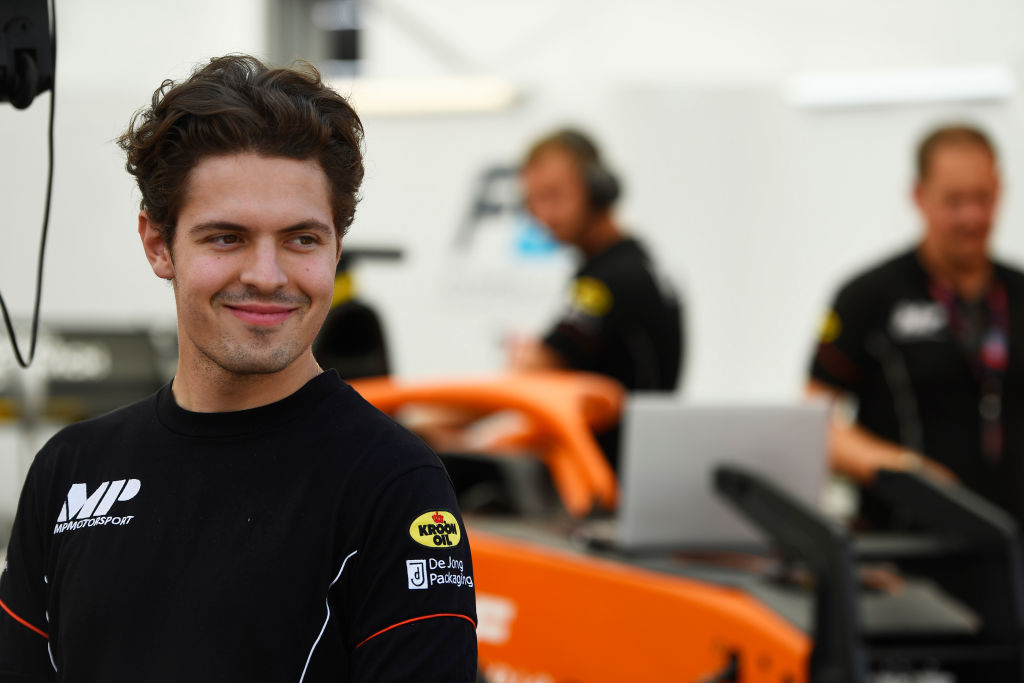 Two red flags interrupted running at the Dutch circuit, including one after a crash for title contender Theo Pourchaire, who will start the feature race from 16th as a result.

It was Jack Doohan who topped the order after the opening laps, 0.155 seconds ahead of Drugovich with Pourchaire in fourth.

Lap times tumbled as the field hit the track again. Doohan improved on his time, but was knocked off the top spot as Amaury Cordeel, Ayumu Iwasa and Logan Sargeant all briefly claimed provisional pole.

Drugovich went fastest late on with a time of 1m20.713s. It was half a second quicker than the rest of the field.

Doohan was the only other driver to lap quicker than 1m21s, but his time of 1m20.939s was only enough for second.

Logan Sargeant improved late on to go third quickest ahead of Richard Verschoor and Iwasa. Liam Lawson was sixth ahead of Dennis Hauger and Juri Vips, with Marcus Armstrong and Clement Novalak completing the top 10.

Jehan Daruvala was looking to find improvements in the final five minutes of the session when he ran off at turn seven, bringing out the red flag once again. The field had already completed their second runs by this point, but some drivers were still on track and finding pace when the session was halted.

Few were able to find improvements when the track eventually turned green for the final time. Frederik Vesti was one of the few who were improving on their time, but a mistake at turn 12 sent him through the gravel and he would have to settle for P11, missing out on reversed-grid pole by 0.021s.

Track limits weren’t much of an issue, but Calan Williams did have a lap time deleted for exceeding them and dropped back to 20th on the grid, ahead of only Ralph Boschung and Tatiana Calderon.