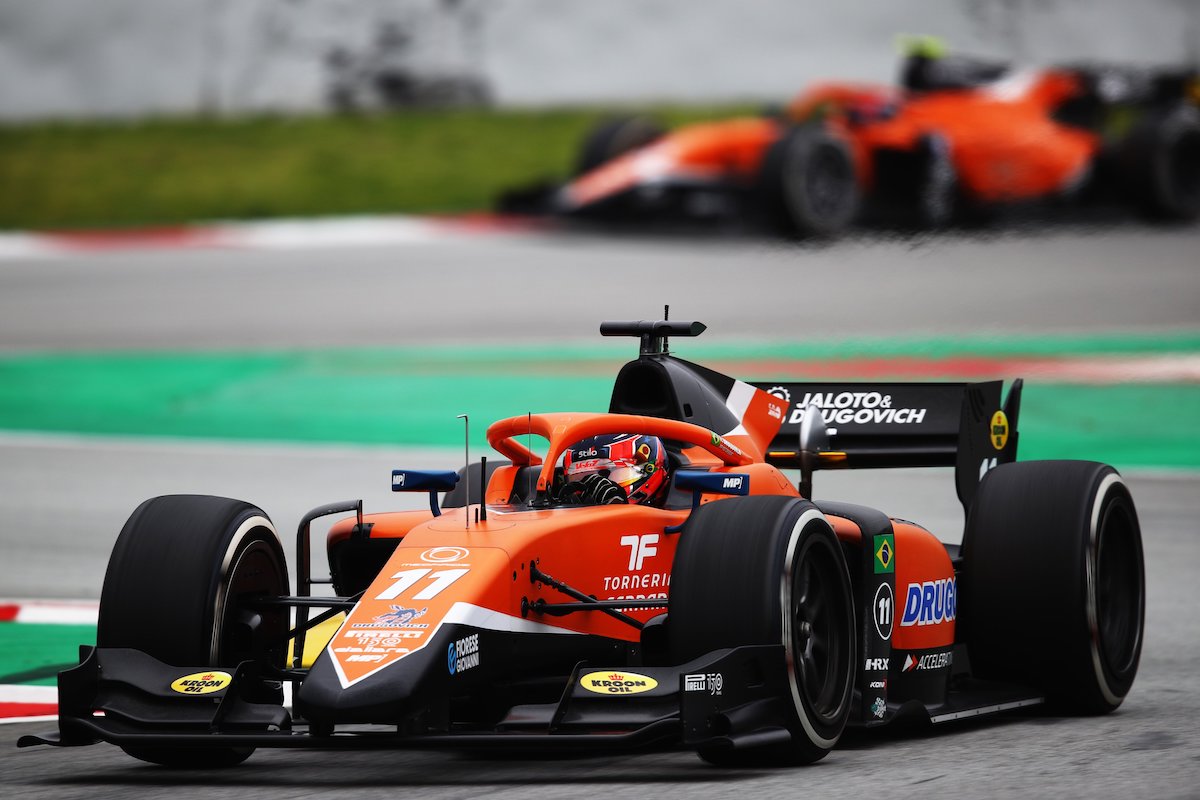 The session was disrupted by two red flag stoppages, as Olli Caldwell and Marcus Armstrong both had offs.

Caldwell’s off came in the first 10 minutes of the session. The Campos Racing driver spun off at turn nine and hit the barriers hard.

The session resumed with 26 minutes on the clock, only for Hitech GP’s Armstrong to spin into the gravel four minutes later at turn four and stop practice for a second time.

When action resumed with 16 minutes to go, none of the field had yet set a representative laptime. Van Amersfoort Racing’s Amaury Cordeel was top of the order, with a time two seconds slower than the pace Drugovich would later set.

VAR’s Jake Hughes was the first to jump to the top of the times in the final segment of the session, with a 1m31.707s lap, but dropped down the order as others improved.

Drugovich was the only driver to lap sub-1m31s, and Daruvala – who had a run through the gravel late on – was nearly half a second back.

The top 10 was completed by Trident driver Calan Williams.