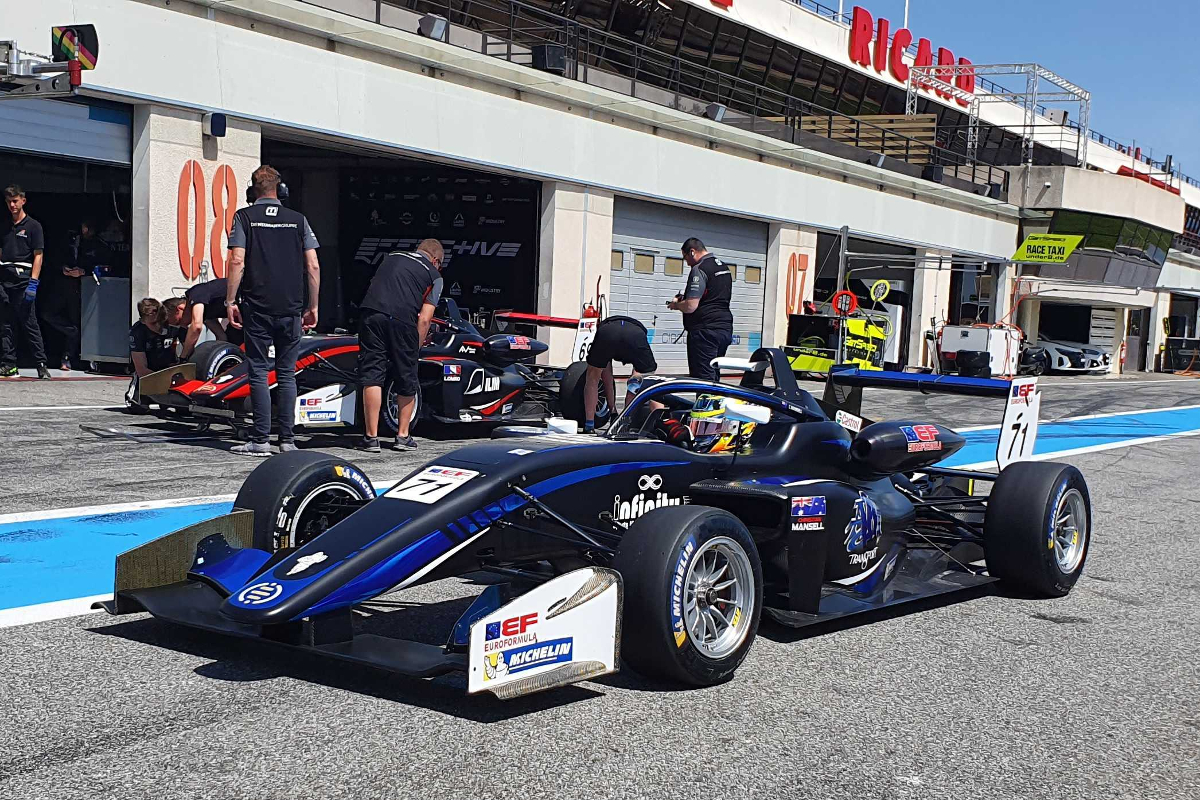 Christian Mansell went fastest in Euroformula’s second free practice session at Paul Ricard with his final lap of the session.

Josh Mason, Mansell’s team-mate at Motopark’s Japanese offshoot CryptoTower Racing Team, set the early pace but it was Mansell who was first to break into the 1m57s.

He was on top at the halfway point of the 40-minute session with a 1m57.503s lap, with BVM Racing’s Francesco Simonazzi in second before he brought the pace down to 1m57.195s.

Those towards the top of the times then ended their first runs to pit for fresh rubber, and on a clear track Mason jumped back up to third.

Mansell and his other team-mate Vlad Lomko then made the most of fresh rubber to go one-two at the start of their second run, and both lapping in the 1m56s. They both then also had the pace to improve, but instead decided to pit again and Mansell refreshed his tyre selection again.

With just under four minutes to go a new name appeared at the top, as Van Amersfoort Racing’s Filip Ugran broke into the 1m55s and Motopark’s Oliver Goethe moved into second place with a 1m56.193s lap.

Mansell failed to improve as he returned to track, but there were personal bests being set across the order and he was saving his tyres for a later effort. With a minute remaining he rose back up to second place, then after the chequered flag went faster again to top the times.

His 1m55.866s lap put him 0.089 seconds up on Ugran, with Goethe 0.214s back as he failed to find time in the final sector despite being one of the quickest through the first two. Lomko and Mason were closely matched in fourth and fifth, while Simonazzi sank to 11th place and 1.329s off the pace.