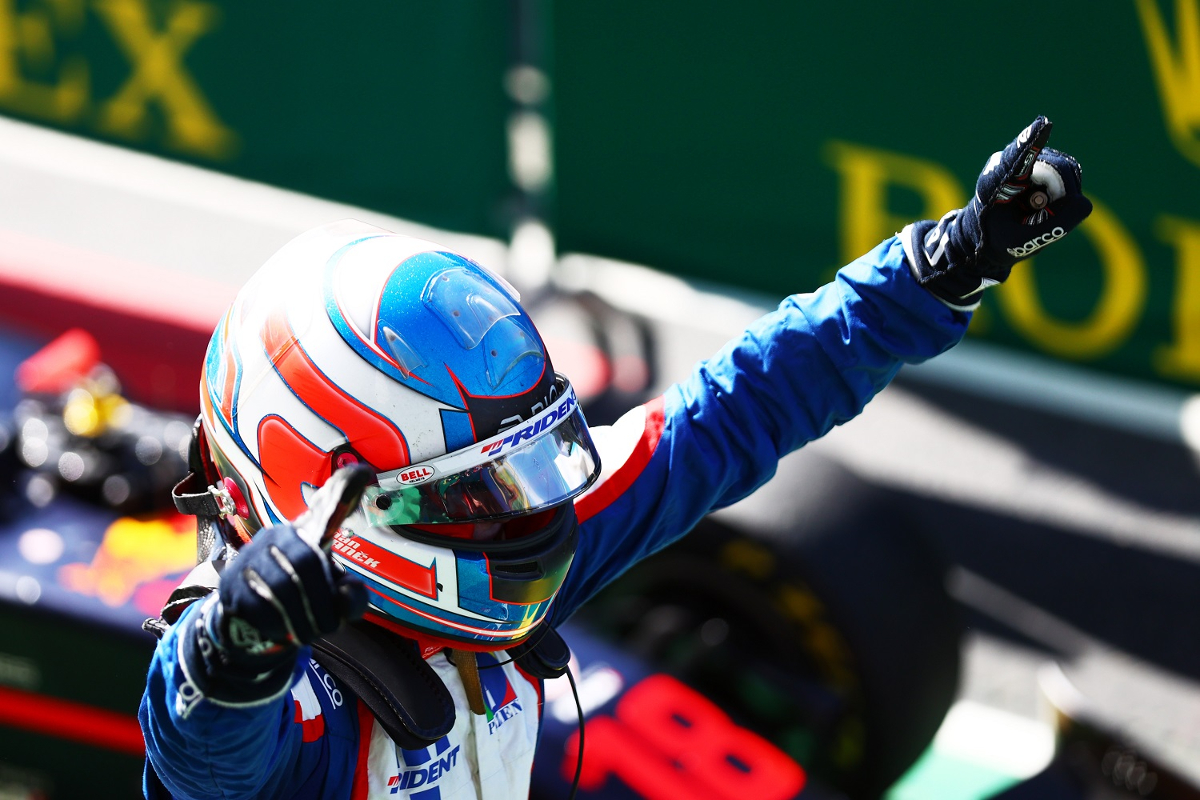 Trident’s Roman Stanek will start the FIA Formula 3 feature race at Barcelona from pole position, with championship leader Victor Martins alongside him on the front row.

Stanek set a 1m33.516s to top qualifying, half a tenth up on ART Grand Prix’s Martins, with five different teams in the top five as Alexander Smolyar (MP Motorsport), Isack Hadjar (Hitech GP) and Arthur Leclerc (Prema) were third, fourth and fith.

Oliver Bearman completed the top six for Prema after competing for the fastest lap in the final seconds of the session.

Stanek’s team-mate Zane Maloney was 12th fastest, meaning he is on provisional pole for Saturday’s sprint race, but an incident where he missed the weighbridge in the pitlane will likely earn him a sporting penalty prior to the race.

The final minutes of qualifying were almost race-like at times, with some drivers going three wide as they jostled for track position before they creeped around the final chicane to try to get clean air to set their final lap.

Smolyar and Martins both set personal bests in the first sectors, while Leclerc as unable to improve on his time. Meanwhile Stanek set the fastest first sector to establish what would become the fastest lap.

Once all cars had put in one hot lap at the beginning of the session, it was Caio Collet who was at the top, followed by Franco Colapinto and Martins.

William Alatalo and Stanek had to take a detour through the gravel in two separate incidents at turns seven and eight early on too, and as qualifying approached the 10-minute mark the times began to fall with Martins going fastest and Smolyar, Leclerc and Bearman all within two tenths of him.

The session came alive in the last six minutes as the entirety of the grid ventured onto the track for their final laps.