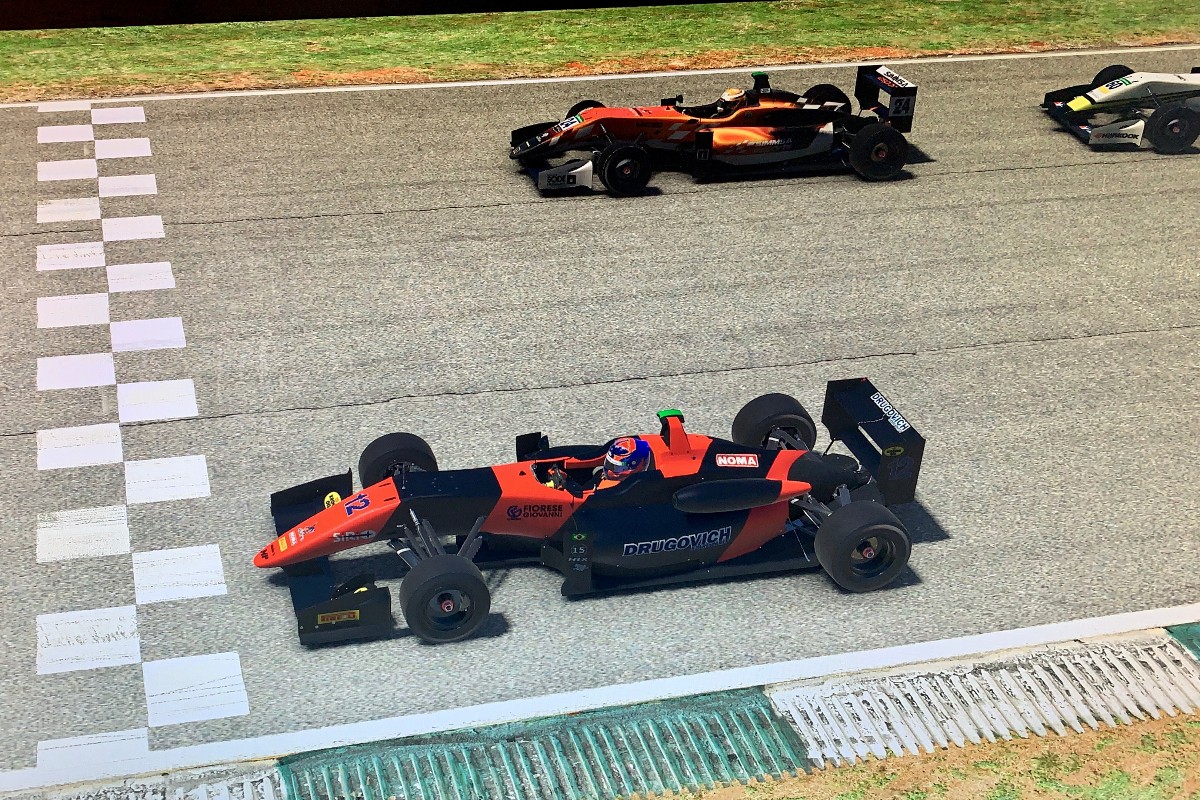 A post-race penalty in the April Isolation Dallara F3 Esports finale at Road Atlanta has resulted in the title of the five-round series changing hands.

Dubai-based Canadian Razim Azzam, winner of the inaugural feature race of the series at Spa-Francorchamps, looked set for the title until the final lap of the Road Atlanta feature.

He spent the early part of the race battling with his main title rivals Muhammad Ibrahim and Sacha Fenestraz, until a netcode error clash with Ibrahim lead to the budding Formula 4 racer spinning down the order.

Azzam continued on in fifth, until a crash betweening the leading Red Bull junior duo of Dennis Hauger and Jak Crawford promoted him to second behind Fenestraz.

By the final lap, the top two were a few tenths apart, with Nico Varrone just behind. They entered the hairpin line astern, and Fenestraz?s attempt to break the tow only enabled Varrone to bump draft Azzam into the lead after Turn 9.

Last to brake into the chicane was Fenestraz, and he ran into Azzam at the exit. Varrone tried to slip through but hit both, resulting in Jones passing the hobbling Azzam at the final corner for victory. Felipe Drugovich also passed Azzam, and it initially looked like third would be enough for Azzam to become champion.

There had been similar amounts of chaos in the heat races that decided the grid for the feature, and the third of those had been led by a battle between Azzam and Richard Verschoor until they collided. Verschoor’s event ended in the barriers, while Azzam went on to win.

After the event had oncluded, a stewards inquiry decided that Azzam should be docked five championship points for the crash, which put him level on points with Drugovich.

The Formula 2-bound Brazilian had missed the opening round, but won the feature race at Silverstone and avoided the debris from the final lap Road Atlanta crash to pip Azzam to second place at the finish line. This proved crucial, as the title was decided on second place countback and Drugovich became champion as a result. The margin of defeat for Azzam was just 0.07 seconds.

As champion, Drugovich is awarded two tickets to the Indianapolis 500.