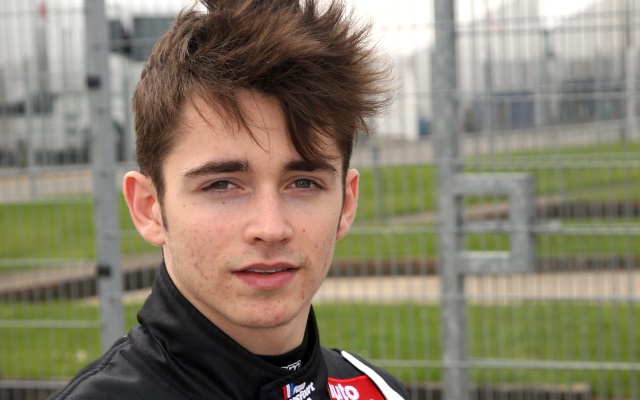 Monaco plays host to probably the most famous of any Formula 1 race each year but, perhaps unsurprisingly for a microstate of less than 40,000 people, it doesn’t have a history of producing its own successful Formula 1 drivers. Louis Chiron won his home race in 1931 but since his last participation in 1958 (the oldest ever F1 driver at 58), only Olivier Beretta in 1994 has represented Monaco in an F1 race. Clivio Piccione and Stefano Coletti have won in GP2 since then, but didn’t make it to the top level.

Charles Leclerc is only 17 but he is probably Monaco’s best chance yet of repeating Chiron’s home streets victory. A long-time protege of F1 driver manager Nicolas Todt, Leclerc was a star in karting and has had no trouble adapting to single-seaters, impressing in Formula Renault 2.0 last year and now taking up the mantle of being the star rookie in European F3. A winner on his debut at Silverstone, he added a second victory at Hockenheim last weekend and is just five points off the standings lead.

Leclerc’s father Herve was a Formula 3 driver in the 1980s, and Charles began karting at the circuit owned by Philippe Bianchi, the father of Jules. Working his way up the ranks, Leclerc was French was French cadet champion in 2009 and the runner-up in KF3 and the Monaco Junior Kart Cup winner in 2010.

The following year, he claimed a CIK-FIA double, winning the Academy Trophy and the KF3 World Cup. Moving up to KF2 for 2012, Leclerc triumphed in the WSK Euro Series and took second in the European and U18 championships. 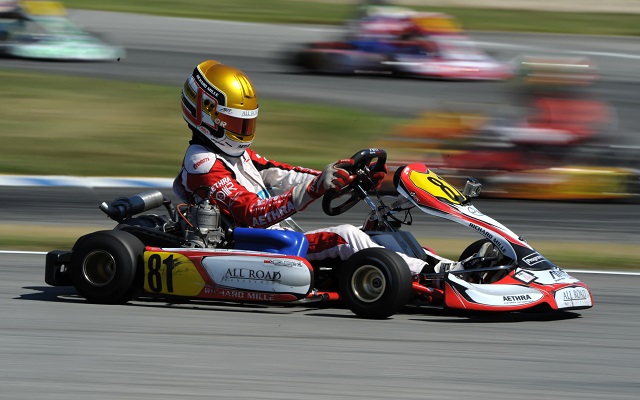 Together with Max Verstappen, Leclerc took part in the KZ gearbox classes for his final year in karting in 2013, winning the Winter Cup and finishing second to his Dutch rival in the world championship.

Leclerc entered Formula Renault 2.0 for his rookie single-season season, embarking on the Alps series for Fortec Motorsports. He quickly became a frontrunner, making the podium at round two at Pau and then twice again at Spa. At Monza he won both races, and followed that with more podiums to secure second place in the championship behind third-year FR2.0 racer Nyck de Vries.

Some of Leclerc’s most impressive performances last year came in Eurocup Formula Renault 2.0 as a guest entry. He took part in six races and finished second in the last three of those, up against lots of drivers with multiple years of experience in the series.

He could have made the full-time move to the Eurocup for 2015 but instead stepped up to Formula 3, and after testing for several different teams, signed with Van Amersfoort Racing. He would essentially replace Verstappen as team leader, working with the same engineer Rik Vernooij.

Leclerc was rapid in testing and demonstrated his pace on his debut weekend at Silverstone, scoring a double position and winning the final race of the weekend. At round two at Hockenheim he extended his podium streak to five consecutive races, and defeated F3 veteran Felix Rosenqvist in a battle for victory in the wet in race three.

Leclerc is just five points behind championship leader Antonio Giovinazzi, and so far he’s only raced on circuits he hadn’t competed at before. Next up on the calendar are Pau, Monza and Spa, and he tasted success at all of those last season. Therefore, it stands to reason that there’s yet more to come from Leclerc.

It’s a long season (there are 33 races) and plenty could happen between now and the F3 paddock returning to Hockenheim on the weekend of Leclerc’s 18 birthday in October. But based upon the first two rounds, there’s no reason to think of Leclerc as anything other than a serious title threat. Beating the more experienced Rosenqvist and Giovinazzi – driving for bigger teams in Prema and Carlin respectively – will take some doing, but he’s already given them a hard time. Anyway, his season’s hardly going to be a failure if he loses out and finishes up third as a rookie. 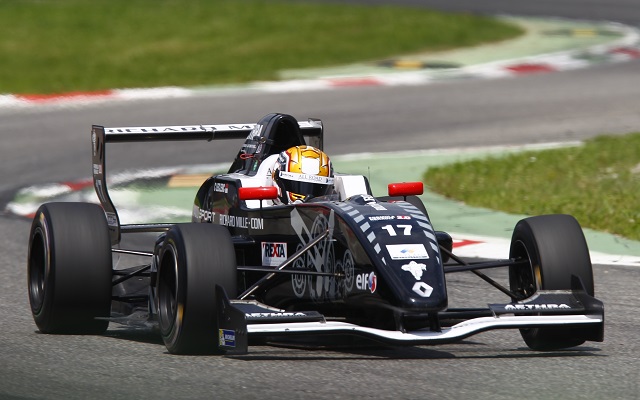 Leclerc marked himself out as a real prospect in karting – so much so he topped our 2012 ‘karters to watch‘ feature, ahead of Verstappen. But it’s never a foregone conclusion that a successful karter will make a successful car racer. His debut season in FR2.0 was in some ways fairly low key with ‘only’ two wins, but the jump up from karting to continental FR2.0 is very rarely made to look easy by anybody. Leclerc ultimately finished as high up in the Alps standings as he could have been realistically expected to do so, given the presence of an on-form de Vries. It was actually up against tougher competition in the Eurocup that he really shone, with three consecutive P2s taking quite some doing in a series where nobody was particularly consistent.

Those performances suggested he would be capable of stepping up to F3, particularly as his old rival Verstappen had made it look easy and didn’t have the benefit of a year of car racing experience. And so he has proven to be. It’s still early days, but Leclerc has so far been the class of a large crop of rookies and taken the fight to proven F3 winners with multiple years of experience already under their belt.

His early performances are on a par with what last year’s star rookies Esteban Ocon and Verstappen were doing – in fact, his record of two wins and five podiums from the first six races replicates the 2014 champion’s start. If he keeps it up, he will deserve to be held in the same high esteem as them a few months down the line.

No doubt assisted by the Bianchis’ tutelage, Leclerc signed with Todt Jr’s All Road Management firm in 2011. At present, Leclerc has no ties to F1 teams, but through his work with Felipe Massa, Pastor Maldonado and Bianchi, Todt has dealt with most of them and will be very well-placed to get his protege a role when the time comes.

A potential stumbling point is that most F1 teams are already overflowing with some serious sub-F1 prospects, but if he continues to impress as he’s doing at the moment, they could begin falling over each other to find a space for him.

Funding-wise, Leclerc benefits from partners usually tied to Todt’s projects, and watch maker Richard Mille (currently a sponsor of the Lotus F1 team) is his loyal main backer. And you’d imagine that being billed as a future F1 star from Monaco could well tempt some further future investment.

In just his second season in single-seaters, Leclerc is quickly marking himself out as a star of the future with fine performances and two wins in his first couple of weekends in European F3, making him seriously stand out from a large and competitive grid.

While he’s got plenty in common with his old karting rival and Van Amersfoort F3 predecessor Verstappen, a lesser reputation and sensible management mean he’s unlikely to be making the jump straight up to F1 next year. He will therefore need to sustain this impressive form into an intermediate category like GP2 in order to make the grade.

But the signs are definitely there that Leclerc is one of the very top talents in the junior ranks right now, and that he’s capable of tasting success in F1 in the future.

His lifelong friend Bianchi was so sadly stopped in his tracks last year just when his F1 future was looking promising. In a few years’ time, Leclerc could just pick up where his mentor left off. 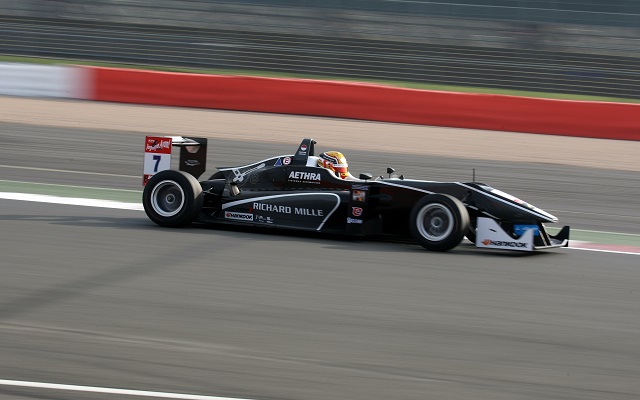