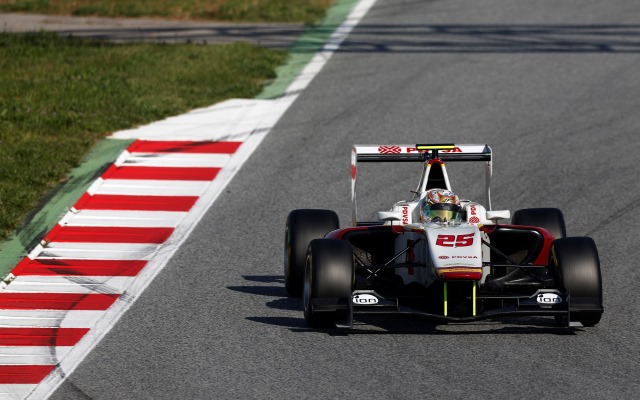 Samin Gomez?has completed the grid for the 2015 GP3 Series season ahead of this weekend’s season opener at Barcelona, securing the third seat at Campos Racing.

Venezuelan racer Gomez drove for the Spanish team in the recent tests at Valencia and Barcelona. Campos has not yet made an announcement about whether she will keep the seat for further rounds.

23-year-old Gomez previously competed in GP3 in 2013 for Jenzer Motorsport, scoring a best result of 13th at the opening round. She spent the majority of last year on the sidelines, except for a single appearance in Auto GP.

Gomez joins Alex Palou and Zaid Ashkanani in Campos’ GP3 line-up for the team’s first campaign in the series.

Hilmer returns for Barcelona with Yelloly and Cecotto