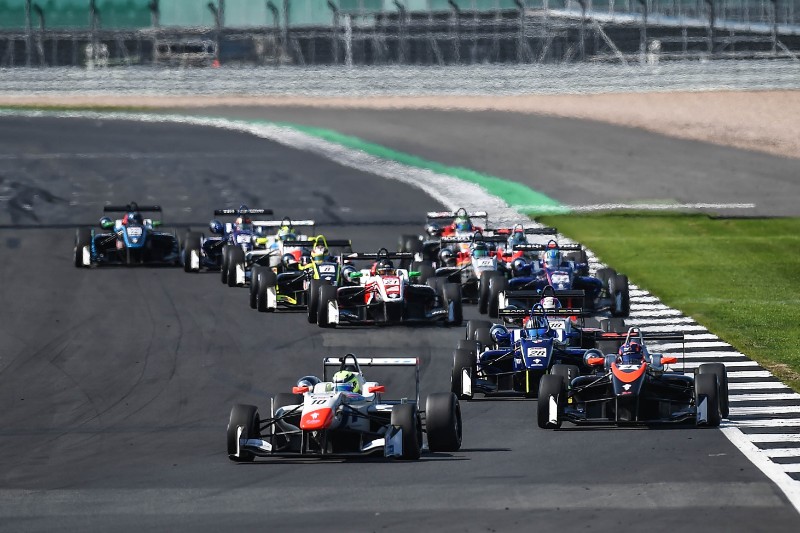 British teams Double R Racing and CF Racing are two of the three new additions to the Euroformula Open grid for 2019.

Campos Racing, Carlin, Drivex School, RP Motorsport and Teo Martin Motorsport remain in the championship, while the two British teams and Greek outfit?Tsimpras Motorsport join. Fortec Motorsports, which didn’t complete the 2018 season, has not signed up for this year.

Current BRDC British Formula 3 and British Formula 4 champion Double R planned to enter EF Open last season, but delayed its entry by a year to bring it line with the introduction of a multi-engine formula to the championship.

The team is set to run two cars, with possible additional entries at certain rounds, and has also committed to the rival Formula European Masters championship. Over the winter it has been undertaking the Balance of Performance testing for the HWA-tuned Mercedes-Benz powerplant, which joins Volkswagen tuner Spiess and Toyota tuner Piedrafita in supplying engines for the championship.

As well as the introduction of multiple engine suppliers, EF Open will also be the qualifying championship for the Pau Grand Prix this year, with the French street circuit hosting the second event on the nine round calendar. Although not on the entry list now, there may be further additions to the grid prior to the start of the season.