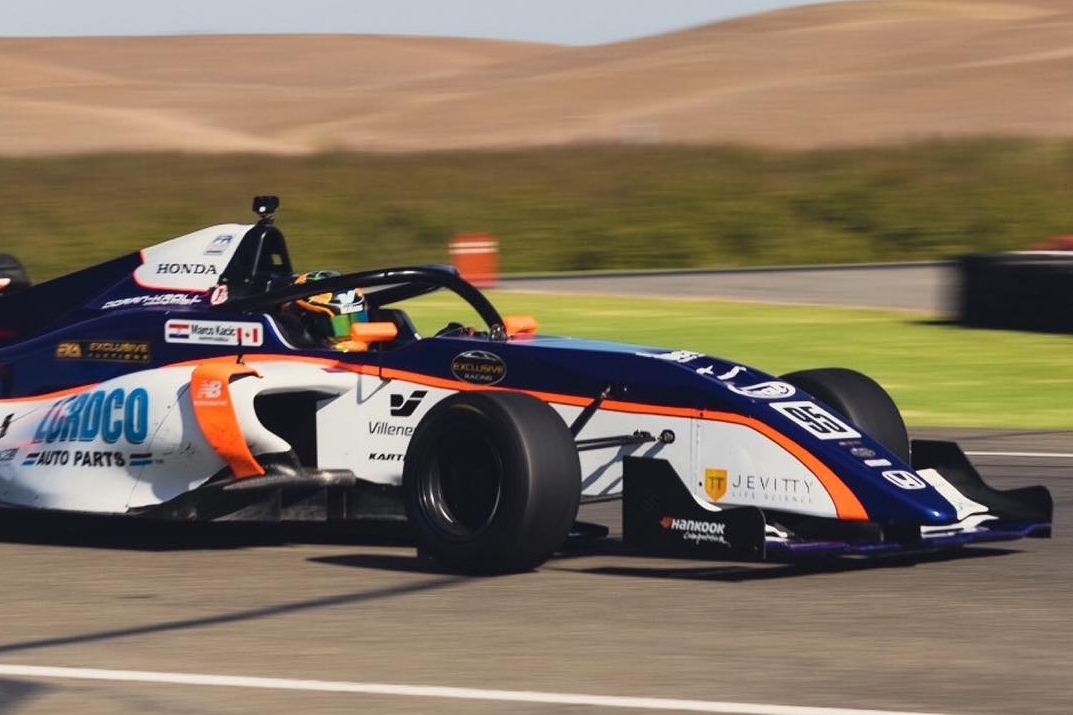 Marco Kacic will make a second venture into Formula Regional Americas in 2022, and this time with the Doran team he won with in Formula 4.

The 18-year-old karted until 2018, when he stepped up to single-seaters in Formula 1600 in Canada. He claimed pole on debut in the Toyo Tires F1600 championship and came 13th in the points, and was 10th in the accompanying Super Series.

In 2019 he moved into slicks-and-wings with Doran Motorsports Group, taking a dominant title win in the USA’s F4 Western series despite lacking the budget to see out the season, and winning a race in that championship’s winter counterpart.

He also entered the United States F4 finale with the team, and then did a Formula E test with Mahindra in Spain.

For 2020 Kacic tested with HMD Motorsports, and got a race opportunity with the outfit in the final FRegional Americas round at Circuit of the Americas where he claimed a best finish of 11th. During the year he returned to karting in Canada as well.

Kacic made a brief and winning return to F4 Western with Doran in 2021 before becoming a factory driver for Jacques Villeneuve’s Kartplex-based kart, moving up to FRegional Western and through a shootout earning a race seat in a Mercedes-AMG GT4. The latter two programmes were both on the USA’s West Coast.

Doran tied up with Kacic’s manager Jerry Kroll to become Doran-Kroll Competition last year, and the renamed team took Kacic to several wins in FRegional Western but visa and budget issues meant he couldn’t do the full season in the USA. While stuck in his home country of Canada he did make a successful return to high-level karting, and is now able to head back south again to take on a national championship campaign with Doran-Kroll.

“I’m very excited to be continuing my journey with Francois Doran and Doran-Kroll competition,” said Kacic.

“Going to FRegional Americas has been a few years in the making and would not be possible without Jerry Kroll, Dominic Dobson, Francois Doran, and Lordco Auto parts. Thank you all for believing in me.”

Taiwanese-American Kyle Loh, winner of the 2021 FRegional Western title, will move into sportscars this year as part of Acura’s HPD Driver Academy. He will race a Racers Edge Motorsports-run Acura NSX GT3 Evo in a yet-to-be-named series.

US F4 team Alliance Racing will expand into FRegional Americas this year with up to two cars as it moves to a new base in Brownsburg, Indiana.