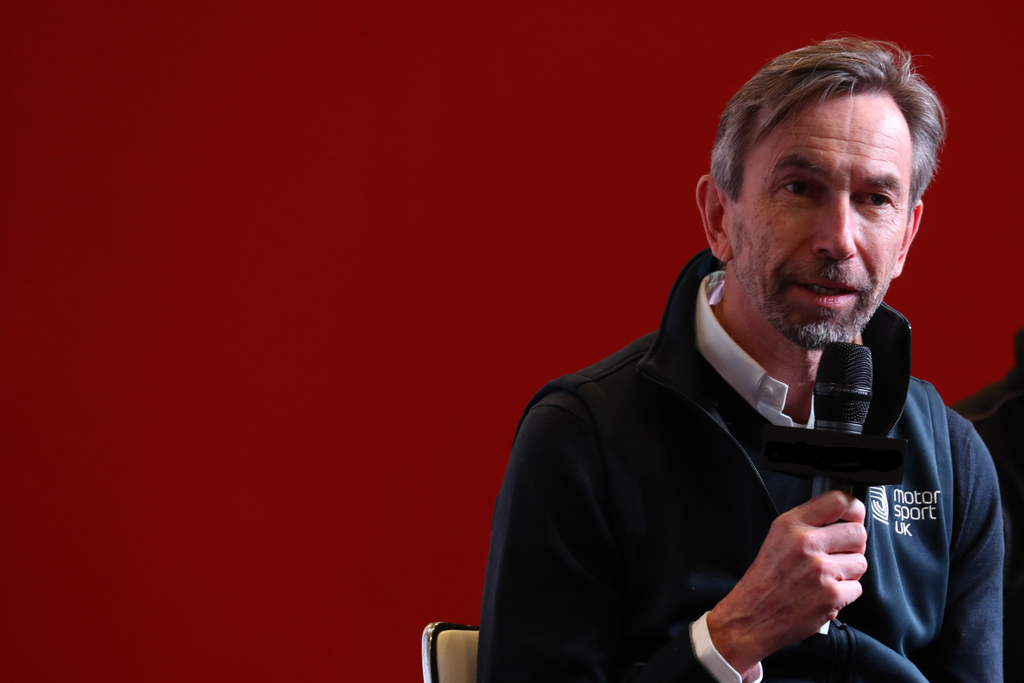 Britain’s governing body Motorsport UK has taken over organisation of its F4 championship, after doing the same in karting, and told Formula Scout it’s feeling confident about the wider picture for young drivers

For this year, the British single-seater scene has reinforced itself in a way that could be a brilliant strengthening tool, but may also prove too much in a world of post-Brexit, pandemic-restricted finances.

GB3 (nee BRDC British Formula 3) has introduced its own first-generation Formula 4 support series called GB4, while the existing national F4 championship has upgraded to Tatuus’s Gen2 car and set up its own pathway to the series. New title sponsor ROKiT is running a Esports competition that will provide two fully funded F4 seats in 2023, and by moving from an association with Ford and the operating RacingLine company to a future under the control of Motorsport UK, the series has been brought closer to the British Kart Championship where there one of the paddock’s teams is already competing.

Chambers has been in his current position since November 2018, having previously held senior commercial positions at other sporting entities including World Sailing, cycling dominator Team Sky, the British Olympic Association and for 10 years worked at Prodrive during an era when it was fighting at the top of the World Rally Championship and also running the British American Racing Formula 1 team.

Despite the power and speed advantage GB3 has, and the fact GB4 will be considerably cheaper in capital and running costs than direct rival British F4, Chambers believes the latter will be the premier single-seater series in the British Isles in 2022.

“I think there’s no question that it’s got unique qualities: being on the TOCA package, part of the FIA single-seater pathway, superlicense points. There’s a whole list of reasons why British F4 in its existing guise, Gen1, had some tremendous advantages and benefits, and attracted some really strong driver line-ups,” he said. 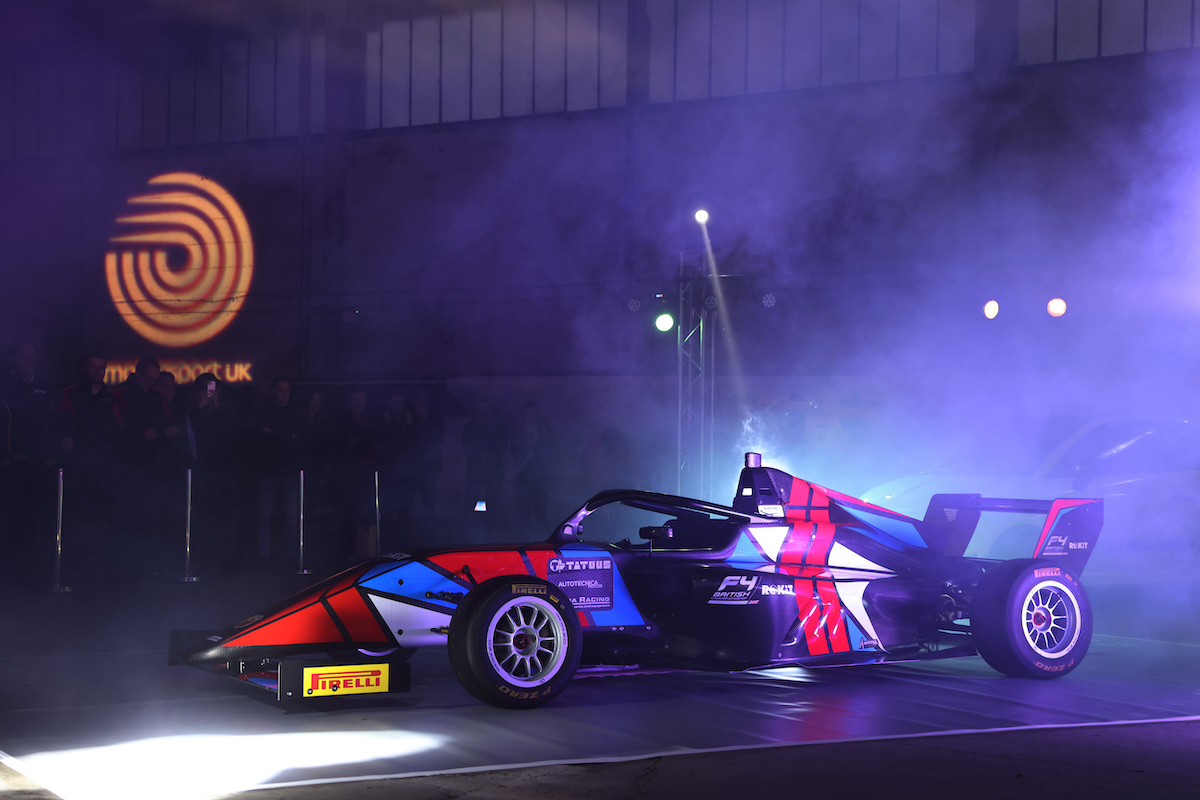 “But I think the whole thing with moving to the Gen2 car, there are additional benefits, the halo, all the additional safety features the car has. And what we’ve begun to reveal in terms of our links into Formula 1 academies and the overlay we’re going to have with the Motorsport UK Academy, I think there’s lots of really good, tangible reasons why it’s going to be better.”

Strengthening the links to what’s below F4 could only be an advantage felt by those able to afford the testing and race budgets that British F4 demands at first, and in his position as Motorsport UK CEO it’s also up to Chambers to also maintain a landscape where other entry-level series such as those in Formula Ford can still flourish.

Two of the teams from BRSCC National FF1600, the biggest FFord series in the UK, are expanding into GB4 this year while two Formula 2 squads are growing but branching down into British F4.

“We touched on [FF1600’s position in a meeting shortly before the chat],” Chambers revealed. “Having been to the Walter Hayes Trophy a few weeks ago, I grew up with FFord, I raced FFords at different times. It’s a brilliant formula. There’s no question that the reason it was around for so long is that it worked.

“And I think there’s something very compelling about a single-seater without downforce and without slicks. It’s a really interesting transition from karting into circuit racing. Which is kind of missing in the pathway now. The potential to have something that fills that hole is extremely exciting. There’s existing FFord and the BRSCC does a brilliant job with the championship. We’ve got the FFord Festival, the WHT, so I’m not suggesting there isn’t already a vibrant FFord scene but I think potentially we should have a look and see if we can further encourage that category, because it’s a brilliant product.”

That’s an exciting prospect for a category that has a fan and customer base that goes far beyond contemporary junior series that gain popularity predominantly through being on the ‘path to F1’. The skillset needed for FF1600 rewards prolonged participation, but also means a star rookie against top opposition stands out. So would setting up a pathway from FF1600, as attempted in 2019 when the top teenager in the Festival got a place in the British F4 Scholarship test, be in the works? 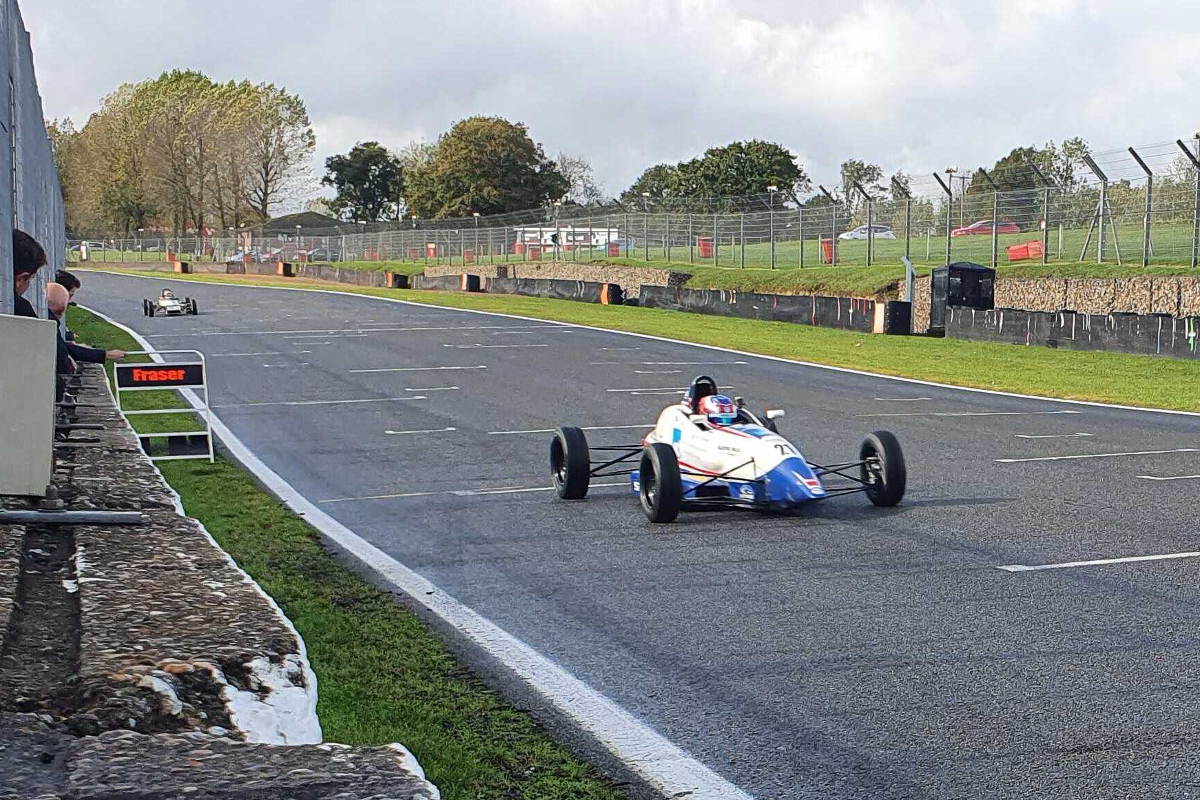 “I would certainly hope so. When I was at the WHT, I saw some super talented young drivers, drivers like Tom Mills, are visibly extremely talented. At the age of just 16 he’s got a bright future in front of him. I think it would be great to see FFord as a proving ground, that hopefully does demonstrate drivers’ abilities such as that they can then get the backing to move further up the single-seater pathway.”

Some Motorsport UK involvement in making that happen could go a long way, as its takeover in karting has provided. Daniel Guinchard won two British titles in 2021 with Argenti Motorsport, and is now F4-bound with the team.

“The ambition, when we took over the British Kart Championship, it had been run by Super One for about 30 years, it was successful as the British championship. But we felt that it had become a little disconnected with the rest of karting,” Chamber explained.

“We were very keen that we should really get a tight grip on the disciplinary elements of karting in the UK, particularly at the senior level. The changes that we made back in 2019 have really born out. I think we’ve got a really vibrant championship, the total number of entries last year was 483, I’d have to check just to verify that, which is extraordinary, then going into 2022 we’ve got 12 rounds for the championship. It’s really well subscribed. That’s always the measure of success. When people don’t feel you’ve got a very good product they’re not going to turn up. We’ve seen it gradually grow over the last three years.”

Consistency in numbers is helping British karting grow, and more drivers in senior and junior karts potentially means more demand for single-seater seats across British F4, GB4 and FF1600. No drivers have yet signed to contest GB4, but several teams have told Formula Scout there is strong interest for seats.

“The Little Green Man series continues. There are other championships out there. All of which we think are incredibly important for the health of the sport,” Chambers said of the karting scene. “But it’s great to see that the British Kart Championship has returned to its roots. I was racing as a teenager in the British Kart Championship. It was such a prestigious thing to do. It was the place to be. I think we’re back there. The championship now is really firmly at the top.”

It’s not just strengthening downward links for F4, but going up too as the 2022 champion will get a guaranteed Formula Regional European Championship test. Motorsport UK is “building links with the organisers” of FREC, which Chambers heavily hints at meaning there are attempts to put a British round on the calendar and provide opportunities for British circuit knowledge to be applicable at a higher level now all European series have dropped overseas trips from their schedules.

Drivers in Formula 2 and F3 do still visit Silverstone as British Grand Prix supports, although W Series took F3’s spot in 2021, and reigning F2 champion Oscar Piastri has been effusive about what he gained from his 2017 campaign in British F4 in which he was title runner-up. While those paying F4 budgets may put their nose up to double Thruxton when the Italian championship (using the same car and engine) has four current F1 tracks, Britain does have many great circuits.

“That’s the thing, and I think we made this point [at the British F4 launch], and it gets fed back to me on a constant basis,” Chambers concluded.

“There was a video that went round with Piastri saying that he very much appreciates that an awful lot of his racecraft and his ability to deal with situations was born out of racing on UK tracks. The very fact that we’ve [as a racing scene] produced so many champions – not just F1 champions but across the board – we’ve got so many drivers that progress in their professional careers, I think is the training ground, the proving ground of the circuits that we’ve got are particularly useful, because it forces you to drive with a degree of discipline and the close, competitive racing that we have means they learn really excellent racecraft in this country.”