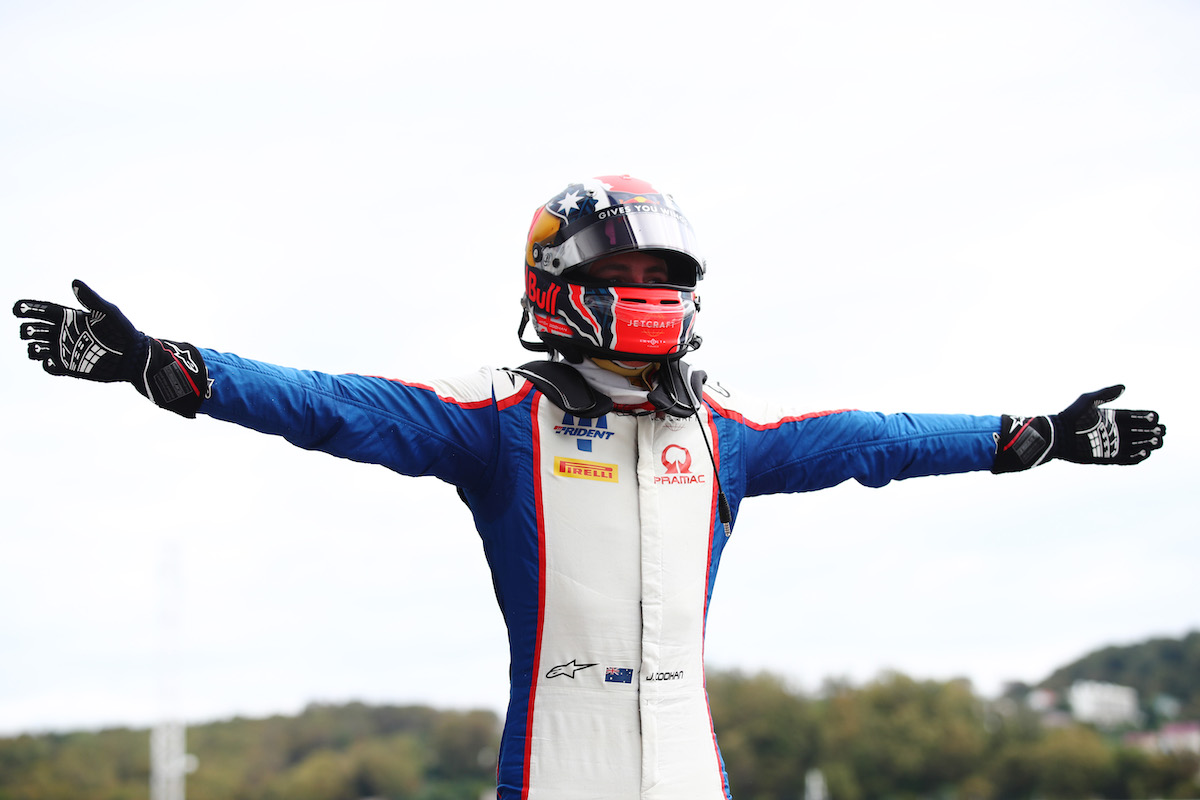 Jack Doohan has explained the team orders situation as he and Clement Novalak fought for the Sochi race three win while their Trident team chased its first FIA Formula 3 title.

Doohan led Novalak for much of the final race of the season but both were chased by ART Grand Prix’s Frederik Vesti in the second half.

While Novalak felt the teams’ championship was important, he was also chasing a maiden victory for himself and third in the drivers’ standings, with Vesti his prime rival.

The team ordered the drivers to not fight on track, before asking Doohan to let Novalak through for the lead as his pace was stronger at the time. Doohan refused, and continued to take the win and secure the runner-up spot in the championship.

Novalak fell back, however, into the clutches of Vesti and was passed late on for second, while Doohan was able to switch on his tyres.

Regardless, Trident secured its first championship crown in its history, ending Prema Racing’s stranglehold over FIA F3 after the latter endured a tough race.

But, beyond that, Doohan revealed to Formula Scout in the post-race press conference that he had other motives behind his quest for a fourth victory of the season in what he expects to be his final FIA F3 race.

“To be honest, coming into this weekend, with only victories in the wet and the pole in the wet, I wanted to prove a point to myself really that I do have the same pace in the dry when things comes together,” he said.

“So I’m very happy this weekend to take pole in the dry and also win in the dry, to kind of secure that uncertainty of if I was just a rain master.”

Speaking of his reaction to the team orders, he said that “We’re fighting for our careers. It’s a feature race win.

“Vesti was quick so I thought that if I was going to go back to second, I was probably going to go back to third. So, either way, I was never going to be in a position to crash with Clem, but I wanted to have a good crack at the win like any race driver would. Obviously I understand where they’re coming from but nevertheless, I’m happy with the win.”

Novalak added his thoughts, saying that “It was really important from the teams’ standpoint. For myself, I was obviously under pressure with Victor [Martins] and Fred being quite close behind in the championship, whereas Jack was more-or-less alone by himself 20 points in front.

“That’s why I think I was pushing quite a bit, seeing Fred catch us up from behind. But for sure our intention was to get a one-two from the beginning. It obviously didn’t pan out how we wanted to, but we still scored the points that we needed to, to get it, so extremely happy with that.”