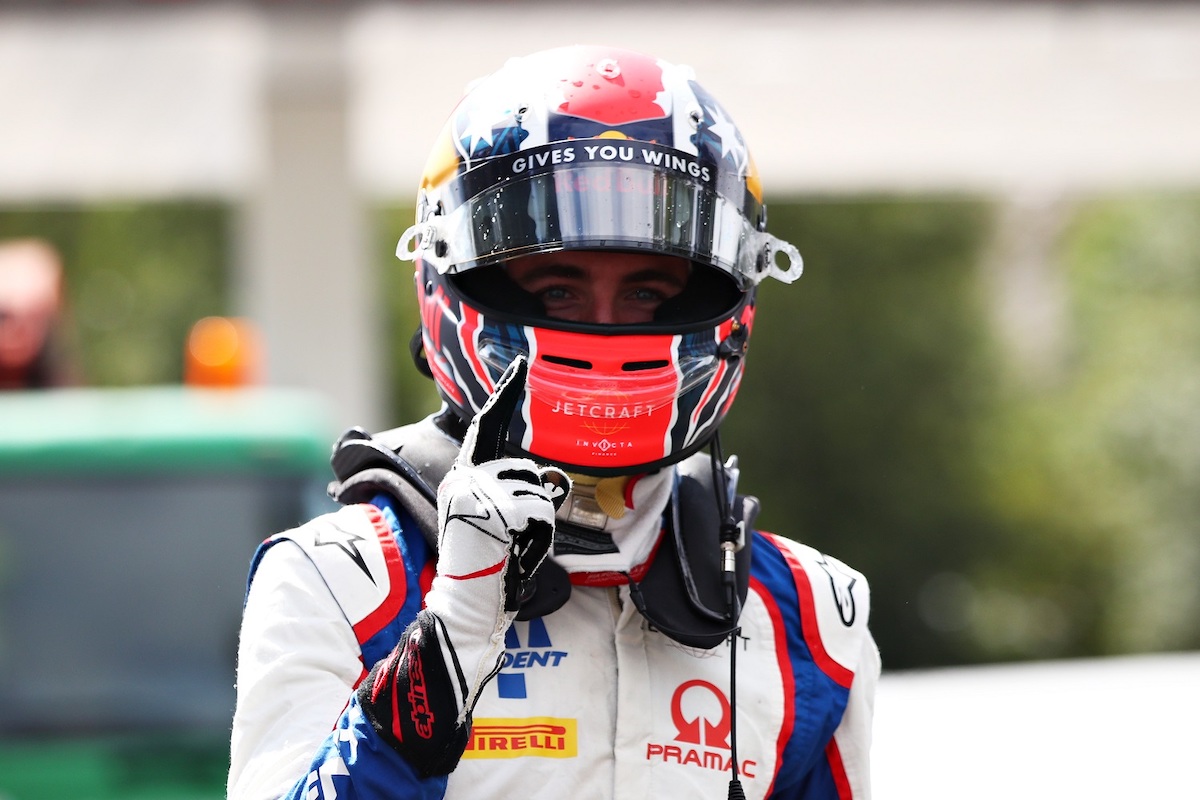 Formula 2 is back at Spa-Francorchamps after a season away, and rookie Jack Doohan wants to follow up the FIA Formula 3 Championship wins he claimed there last year.

In a weekend blighted by rain, Doohan claimed pole by 0.704 seconds and won two of the three races FIA F3 held at Spa last year. He became the first driver to win twice in a single weekend at that level on Formula 1’s support bill since 2012.

Doohan now races in F2 with Virtuosi Racing, and joined the Formula Scout podcast last week to speak about what he loves about the Belgian track and his confidence for this weekend’s races there.

“I really enjoy the circuit,” Doohan said. “I think it’s a very cool place, quite crazy in the way that obviously the weather can change in a click of a finger. It can be raining at the top at Les Combes and Bruxelles, kind of that mid-stage between sector one and sector two, but then also can be sunny and dry down at turn one. It’s an iconic place, and I really enjoy, you could say, the tricky conditions that Spa places you.”

“Obviously, every circuit that you do well at, you enjoy,” Doohan added.

“Not every circuit as there’s some circuits that I’m not too big of a fan of that I’ve done well at,” he then corrected himself. “But Spa, I think there’s not many drivers that can say they dislike Spa and that it’s not on one of the top lists.”

Doohan is ninth in the F2 standings heading to Spa, and has two sprint race wins to his name.

“I think it should suit us well, depending on if it’s a little bit too cold. If it’s cold, I don’t know so much. Hopefully, we should be fine.”

“It depends on the consistency of F2, you could say. I’m confident in myself, in the package, I know we can do a good job, but it’s so hard to predict what’s going to happen on the weekend. I’m hoping for a bit of consistency. I really need that, I’ve been saying that, but unfortunately every time I seem to be getting close to that, something happens.”

Spa is set to lose out on a guaranteed spot on F1’s 2023 calendar, with a contract yet to be signed for next year’s Belgian Grand Prix to take place. Doohan hopes both F1 and F2 can continue racing there.

“I’m just hoping, fingers crossed, that it can stay on the calendar and doesn’t get replaced in the future by some silly street circuit in some country, because obviously these places are getting replaced by high demand, by costs and in places where F1 might want to stretch to. So, hopefully, these awesome tracks that we’ve had for a long time that create awesome racing don’t get replaced in the future.

Listen to our full chat with Jack on this week’s podcast, which you can listen to below or on Breaker, Google Podcasts, Overcast, Pocket Casts, RadioPublic, Castbox, Apple Podcasts and Spotify.