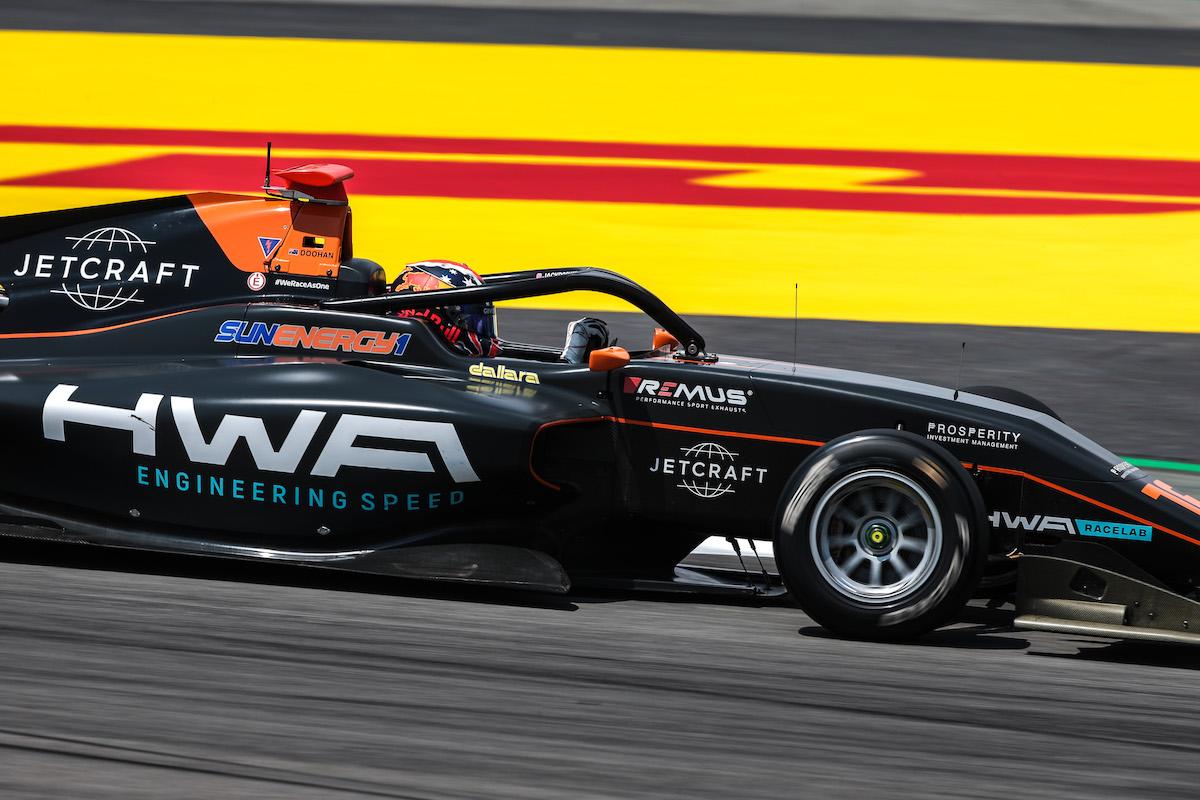 Jack Doohan topped the times in the first bit of on-track action at Spa-Francorchamps in FIA Formula 3 Championship free practice.

The Red Bull junior was towards the sharp end of the field throughout the session, but it wasn’t until the HWA Racelab driver switched to new medium tyres that he topped the order.

Late improvements from the likes of fellow Red Bull junior Dennis Hauger (Hitech GP) and Oliver Caldwell (Trident) dropped Fittipaldi down the order, but none could match Doohan’s time.

Hauger came closest, ending the session 0.377s off Doohan, who was the only driver to lap sub-2m06s.

Caldwell was third quickest ahead of David Schumacher, who has made the switch to Carlin for the final three rounds of the season. His team-mate Cameron Das was only slightly slower in fifth, and ahead of Fittipaldi and Igor Fraga – driving for the Charouz Racing System team that Schumacher has left.

Prema’s points leader Logan Sargeant was the quickest man on the old tyres brought over from the Spanish GP weekend. He topped the times in the second half of the session with a 2m06.768s but dropped back as others switched to fresh rubber.