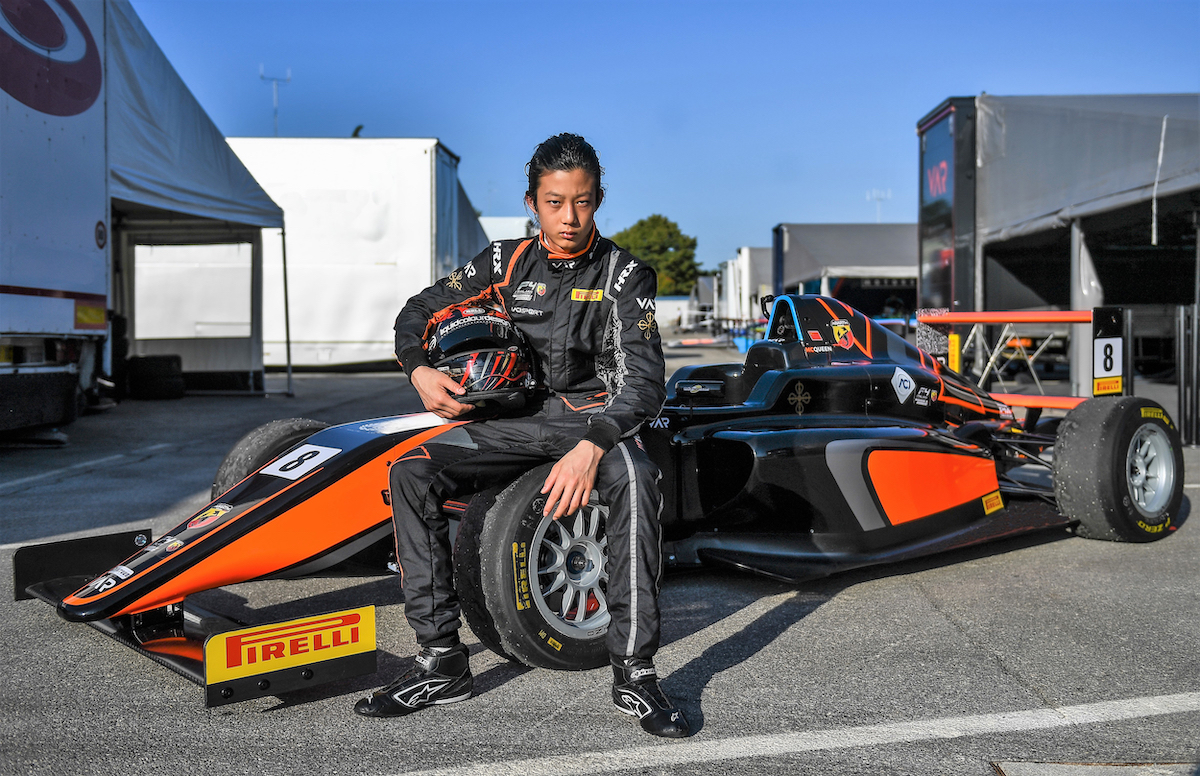 Van Amersfoort Racing has signed Chinese driver Cenyu Han to race in the German and Italian Formula 4 championships for the rest of the season.

Fifteen-year-old Han, also known by the pseudonym McQueen, has been racing already this year in Italy where he is based. He has been driving as a sole entry for the AKM Motorsport team – a tie-up between Antonelli Motorsport and Kart Republic – and has a best finish of 16th from the previous round at Misano.

Prior to 2020, he was racing in karts, competing with Nico Rosberg’s academy squad last year.

With clashes between the ADAC and Italian F4 calendars, it is currently unclear which round will be prioritised for Han. So far, VAR has split its resources between the two when both were running simultaneously.

“I am extremely excited about the challenge ahead,” Han said. “I was able to taste a bit of Italian F4 racing already, but now I feel things get real. Even though 2020 will be a year of learning, I will give it my absolute best and look forward to on-track battles.

“Being part of Van Amersfoort Racing obviously gives me great confidence. The team is dedicated and operates at a very professional level. They carry the same passion for racing as I do, so I can’t wait to start this journey together with them.”

Han joins Red Bull junior pair Jonny Edgar and Jak Crawford plus Francesco Pizzi in the VAR F4 line-up, with all four to race in round two of the Italian series at Imola this weekend.

“We are happy to welcome McQueen into our squad,” said VAR CEO Rob Niessink. “He has proven to be very ambitious and is eager to learn. We have all the right tools in-house to support him in further growing his racing career.

“As we have successfully done with so many young race talents before, our staff will dedicate themselves to helping McQueen in these ever so important first steps in single-seater racing.

“Competing in two of the toughest F4 championships on the calendar will put McQueen up to a huge challenge, but this competitive environment will at the same time help him to increase his learning curve at a fast pace.”