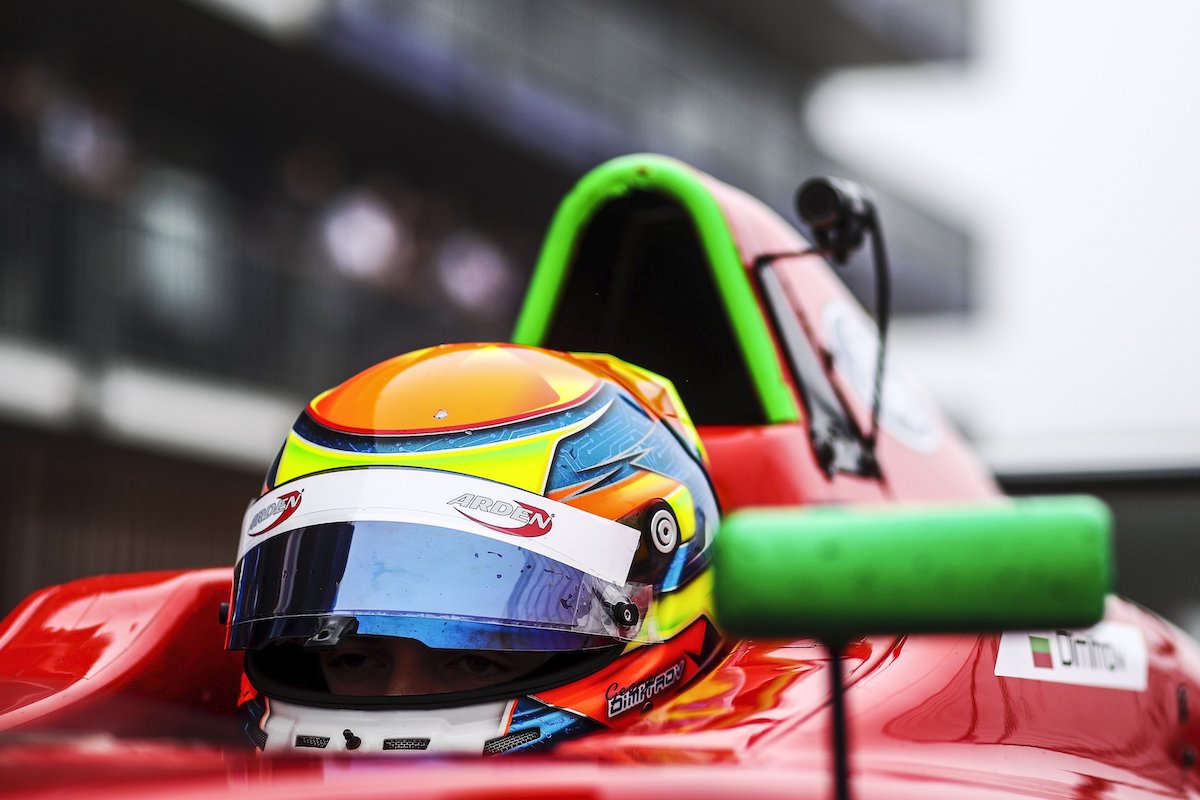 Dimitrov got the lead from championship newcomer Cameron McLeod on the opening lap while drama further back for Eduardo Coseteng brought out the safety car.

McLeod stuck with Dimitrov on the restart and the two broke away as David Morales and Dougie Bolger battled for position.

The fight ended with a safety car, though, as Bolger attempted a dive down the inside of Morales and his team-mate, Tasanapol Inthraphuvasak, and made contact with the Arden driver.

When racing resumed once more, Dimitrov was able to pull a small gap away from McLeod. McLeod had a quiet end to the race, finishing 1.476s behind the race leader in his second British F4 race, but with a comfortable gap to third.

After Bolger and Inthraphuvasak ran wide to avoid the spinning Morales, James Hedley was promoted into third. He stayed there for much of the race, but was under constant pressure from Kai Askey.

Defending against Askey allowed Joseph Loake and the train of drivers trailing him to join the back of the battle for third and Hedley slipped back to sixth by the chequered flag.

Askey took the podium finish ahead of Loake and a recovering Inthraphuvasak.

Hedley was the best-placed driver in the championship fight but, with those starting at the back of the grid making up positions for places gained, the race played into the hands of McKenzy Cresswell, who started 14th and finished eighth, just behind Oliver Gray.

Gray was one of two drivers who were set to not start the race at the original start time. Both Gray and McLeod were wheeled off the starting grid, but delays to clear oil off the track led to the race behind postponed until later in the schedule. As the race hadn’t actually started, both drivers were permitted to enter.

Completing the top 10 was Marcos Flack and Aiden Neate, while Zagazeta recovered to 11th after his trip to the pits.