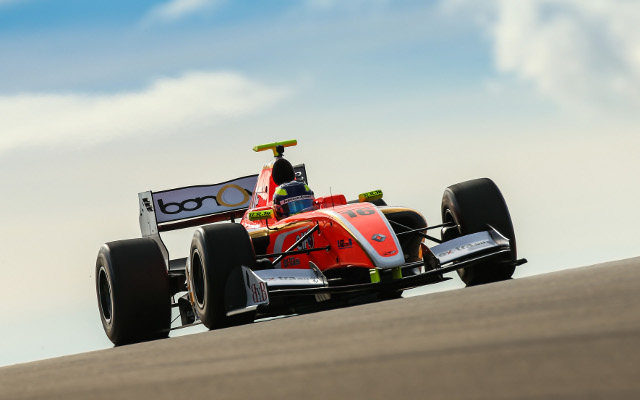 Much of the afternoon running was headed by Carlin’s duo of Dean Stoneman and Hughes, separated by just five thousandths of a second.

Hughes edged ahead with 35 minutes left on the clock but was later knocked off top spot by Dillmann.

The 26-year-old single-seater veteran had dominated Thursday’s testing for AVF before being beaten on Friday morning by the return of Tio Ellinas.

Formula Renault 2.0 graduate Hughes responded to get within 0.063 seconds of the Frenchman, but Dillmann then pulled away over two consecutive laps to get underneath the 1m41s mark for the fourth time from as many sessions. He was almost a tenth off Ellinas’ earlier time, though.

Hughes was pushed down to third after the chequered flag by Lotus tester Jorg.

Ellinas moved above Stoneman to take fourth, with another 2015 regular Egor Orudzhev sixth.

Callum Ilott, Jack Aitken, Yu Kanamaru were next while Dillmann’s team-mate Alfonso Celis completed the top 10 despite a trip into the gravel at Turn 5 in the closing stages.