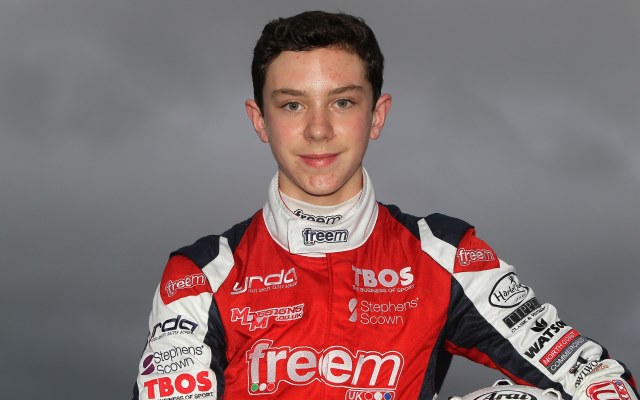 The Racing Steps Foundation has selected karter Alex Quinn to receive a fully-funded drive in MSA Formula next year with Fortec Motorsports.

Quinn, who turns 15 in late December, came out on top in a three-day assessment involving 10 drivers.

“Alex impressed the entire team of assessors with his all-round capabilities,” said Walters.

“His times on the simulator and in the MSA Formula car at Rockingham were competitive from the word go and not so far off the datum set by one of our more senior drivers.

“Considering it was his first time in a single-seater, his feedback and set-up understanding were impressive too.

“It will be a tough championship for Alex to cut his teeth on but we’ll give him all the support he needs to hit the ground running.”

Quinn, from Cornwall, finished seventh in the CIK-FIA KFJ European Championship in 2015 and last year was the runner-up in the Super 1 MiniMax series and the Kartmasters MiniMax GP.