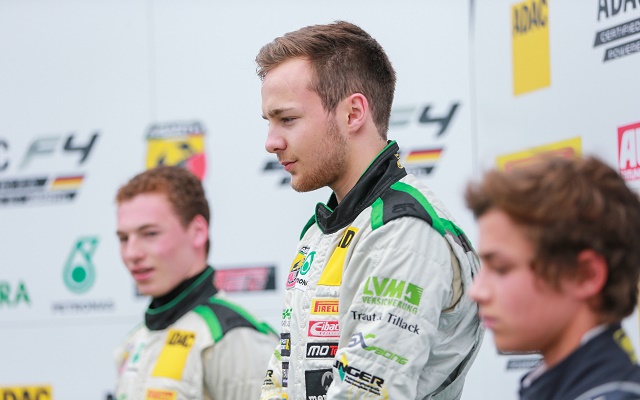 HTP Junior Team’s Marvin Dienst passed teammate Janneau Esmeijer off the line to secure a comfortable victory in ADAC F4 race one at the Nurburgring.

This was the German’s second consecutive win and fourth of the season overall, bringing him to the forefront of the title battle.

Esmeijer’s second pole of the season saw him come up short of a win once again as he yielded to Dienst into turn one and saw his teammate disappear into the distance.

Behind them, championship leader Joel Eriksson moved up to fourth at the start and passed Mucke’s Lando Norris for the final podium spot on lap three, only for the Brit to take it back with a turn-one overtake a few laps later.

Norris then closed in on Esmeijer, but never mounted a serious challenge, settling for a third podium in four ADAC F4 starts.

Championship frontrunner Joseph Mawson was in recovery mode after a tough qualifying and ended up taking ninth off teammate Mick Schumacher on the final lap.