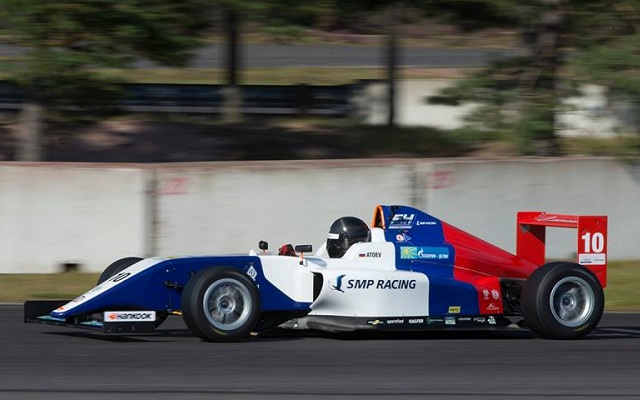 Having claimed five podiums earlier in the inaugural SMP F4 season, Vladimir Atoev finally came through to secure a maiden victory in race one at Alastaro.

Starting from pole position, Atoev managed a clean getaway and held off points leader Niko Kari and Nerses Isaakyan in the early stages.

By the chequered flag, his lead was a monumental 6.7 seconds, yet Kari managed to hang on to second over Isaakyan despite the pace drop-off.

Alexey Korneev and MSA Formula regular Enaam Ahmed both caught up with the fight for second, but had to do with fourth and fifth respectively.

Niclas Nylund took sixth, ahead of the recovering Aleksanteri Huovinen, who fought through to seventh after sitting out qualifying with an engine issue.