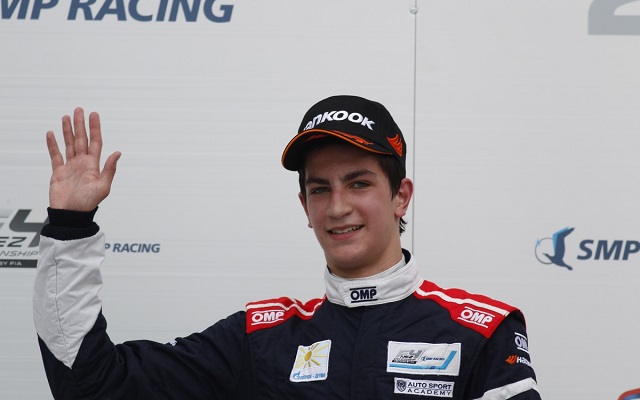 Vladimir Atoev was fastest in the SMP F4 qualifying at Alastaro to claim double pole on the series’ return from the summer break.

The?16-year-old Russian moved into first place around the halfway point of the session and built a dominant lead with three consecutive fastest laps.

By the checkered the gap had shrunk to three tenths as championship leader Niko Kari made a late flyer to take second,?edging the SMP-protege trio of?Nerses Isaakyan, Alexey Korneev and Nikita Troitskiy out.

Ivan Matveev was sixth quickest, followed by the Finn duo of Simo Laaksonen and Niclas Nylund, while the top ten was completed by Enaam Ahmed and Aleksander Maslennikov.

The second-fastest times of the qualifying determined the starting order of the final race of the weekend which sees Atoev on pole again.

This time he will be accompanied by Matveev on the front row though with Kari and Korneev lining up behind them.

Aleksanteri Huovinen spent the qualifying on the sidelines due to?a technical issue in his car.