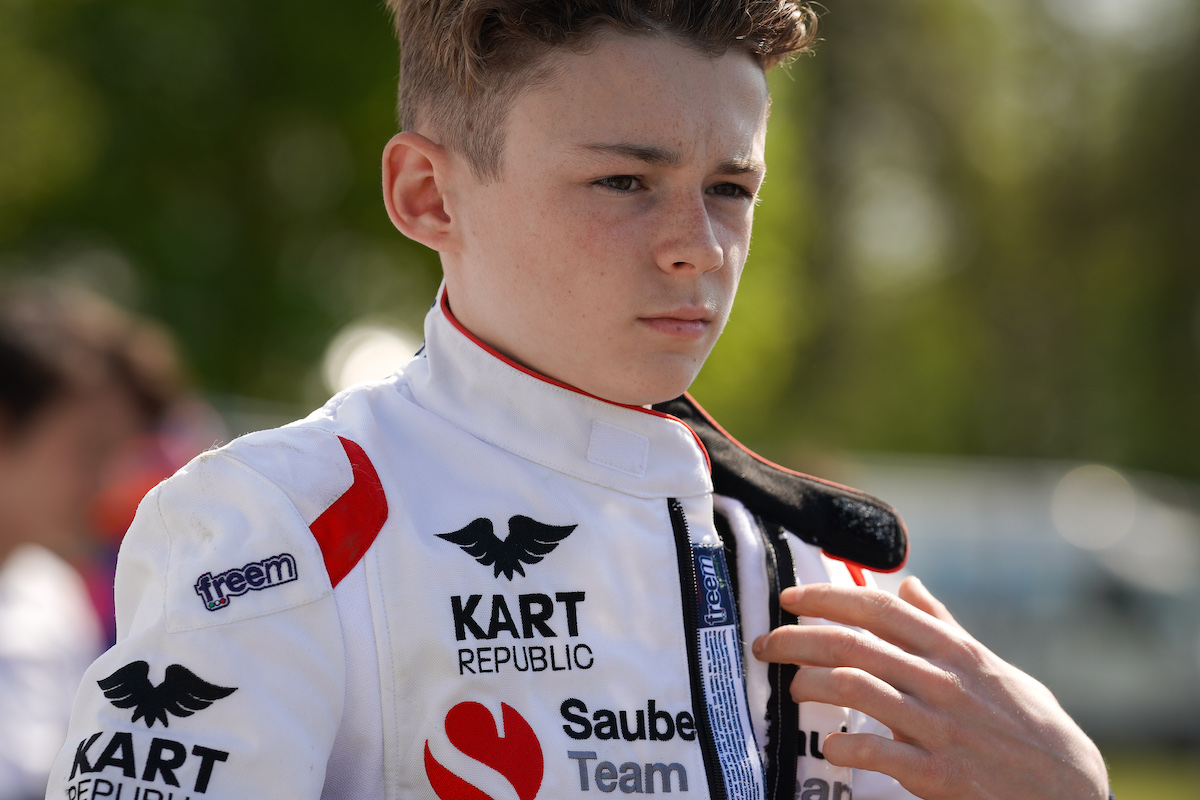 The 2017 world junior karting champion Dexter Patterson will make his car racing debut this week as the 2020 Formula 4 UAE season begins in Dubai.

Now 16, Patterson won his CIK-FIA world title at OK Junior level in 2017 after a number of titles in British karting.

After stepping up to senior OK level in 2018, he finished fourth in that year’s world championship and came sixth in 2019, when he was also third in the European championship and first in the WSK Super Masters Series.

He is known to have tested F4 machinery with Italian outfit Bhaitech ahead of his move into single-seaters.

Dubai-based Xcel Motorsport, which won the F4 UAE title in 2019 with Matteo Nannini, plans to run six cars in the 2020 campaign.

Three other karting graduates have been confirmed with the team so far: Italian Francesco Pizzi, Lorenzo Fluxa from Mallorca and Venezuela’s Zdenek Chovanec.

Fluxa is set to race for GRS in Spanish F4 later this year, while Chovanec has signed with Bhaitech for the Italian series, having also tested with Prema. Pizzi has been testing with ADM Motorsport.

Mucke Motorsport will also return to the UAE series, with Nico Gohler and Erwin Zanotti set to be joined by Mexican newcomer Erick Zuniga.

The 2020 F4 UAE season will run until early March, with five rounds of four races across the Dubai and Abu Dhabi circuits, beginning in support of the Dubai 24 Hours endurance race this weekend.

The season was preceded by a non-championship event supporting the 2019 Abu Dhabi Grand Prix, where the two races were won by Prema-run Emirati Amna Al Qubaisi and Dubai-raised Brit Alex Connor of Xcel.