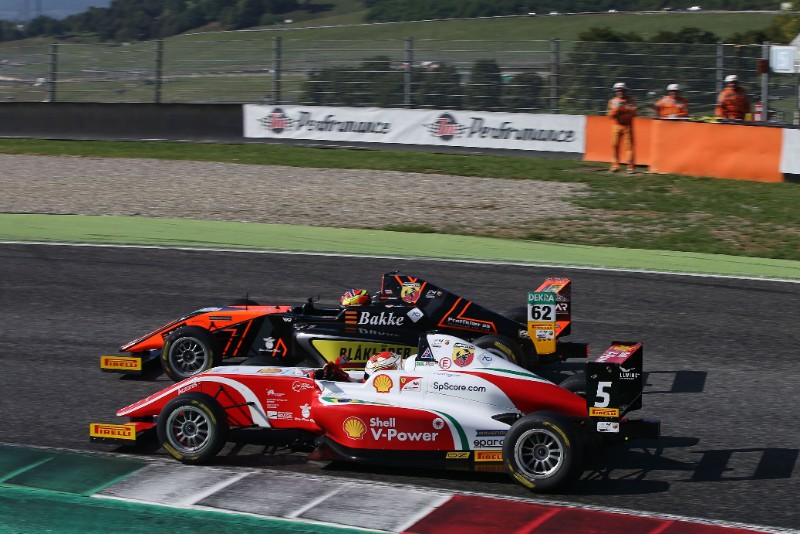 The Van Amersfoort Racing driver cannot be outscored by Prema’s Gianluca Petecof when the 16 best scores are taken into account to calculate the final points tally for the season, therefore making Hauger champion.

After sprinting away from Mucke Motorsport’s Joshua Durksen and Prema’s Paul Aron off the line, Red Bull junior Hauger was unchallenged throughout the race. He set multiple fast laps on his way to victory, 9.633 seconds ahead of the rest of the field.

Hauger?s lead was aided by Aron and Duerksen battling for second. Aron was able to pull away from Duerksen in the second half of the race but had no answer for the leader’s pace.

Duerksen spent the closing stages of the race battling to keep Petecof and Bhaitech’s Mikhael Belov behind him. Title contender Petecof successfully held off Belov, but could not find a way past Duerksen for third and had to concede the title.

Third place for Duerksen marked his first podium finish since the Red Bull Ring round in July.

Oliver Rasmussen finished sixth for Prema, with Roman Stanek behind him in seventh. The US Racing driver has now dropped out of contention for the rookie title, which will be fought between Aron, Duerksen and Jonny Edgar at the Monza season finale.

William Alatalo, Lorenzo Ferrari, and Edgar completed the top 10 in the race.