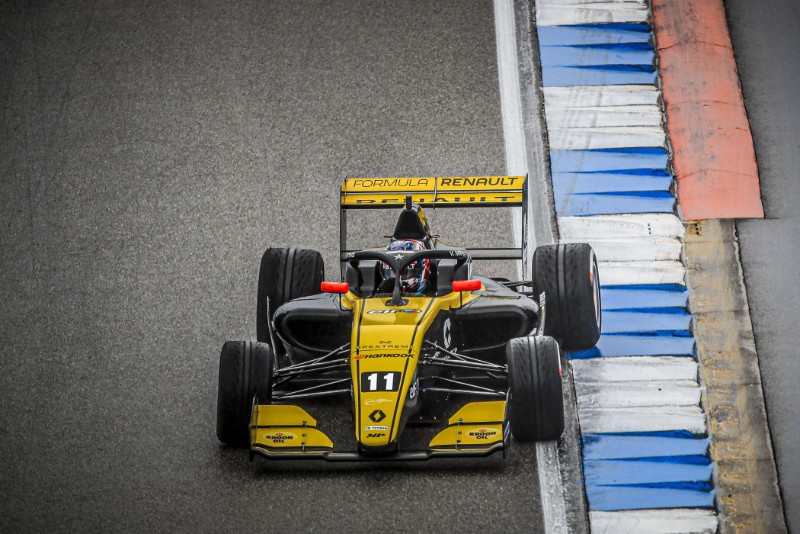 Victor Martins snatched pole position for the second Formula Renault Eurocup race at Hockenheim with his last flying lap on a drying track.

The times were tumbling throughout the final five minutes of the session as Martins, Caio Collet and Alexander Smolyar all took turns to have provisional pole.

However it was the MP Motorsport driver who claimed the position at the chequered flag on his final lap by going 0.272 seconds faster than Smolyar’s penultimate lap.

R-ace GP’s Smolyar wasn’t able to improve his time, but his previous lap was good enough to put him onto the front row. His team-mate Collet ended up fourth, after Martin’s team-mate Lorenzo Colombo went 0.220s faster late in the session.

Championship leader Oscar Piastri was only able to qualify fifth and wasn’t in the battling for pole position. Only 5.5 points separates the R-ace GP driver from Martins after the latter won race one.

Bhaitech’s Petr Ptacek and Federico Malvestiti will be next up on the grid, in front of R-ace GP’s fourth entry for Gregoire Saucy, Xavier Lloveras (GRS) and Ugo de Wilde (JD Motorsport).