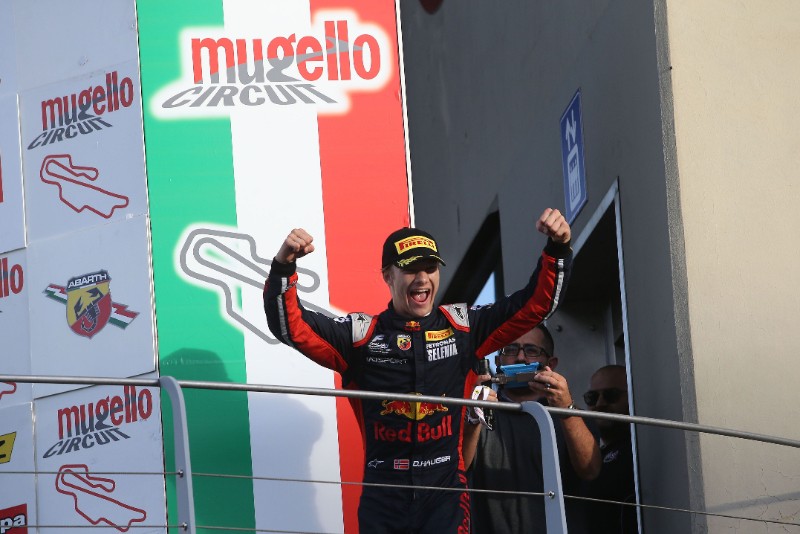 Dennis Hauger extended his Italian Formula 4 championship lead with victory in the second race at Mugello.

The Van Amersfoort Racing driver led from start-to-finish to take his eighth win of the season and extend his advantage over Guanluca Petecof to 70 points with just four races remaining.

After a strong opening half of the race, Hauger had an advantage of over three seconds to US Racing’s Roman Stanek when the safety car was brought out as Hauger’s team-mate Lucas Alecco Roy span into the gravel with nine minutes left of the race.

When the track turned green with four-and-a-half minutes remaining, Hauger was again able to pull away while Stanek battled with his other team-mate Ido Cohen, who was recovering after running wide into the gravel early in the race.

Two more incidents in the closing sages of the race ? Amna Al Qubaisi running off with 30 seconds remaining and Nicola Marinangeli hitting the wall on the final lap ? weren?t enough to pause the racing and Hauger was free to take the chequered flag almost four seconds clear.

Stanek managed to shake off Cohen, who then came under pressure from Prema’s race one winner Paul Aron.

Cohen had been running third early in the race before a wide moment over the gravel dropped him behind Mucke Motorsport’s Joshua Duerksen. Aron and Petecof followed past soon after and Cohen began the long battle back up the order.

He had found his way back up to third by the time the safety car was called, but spent the closing stages of the race battling to keep Aron behind. The pair swapped positions twice, with Cohen reclaiming third for his third podium of the season.

Aron took fourth ahead of Durksen, Petecof and William Alatalo.