Deletraz to claim pole in first qualifying of NEC season 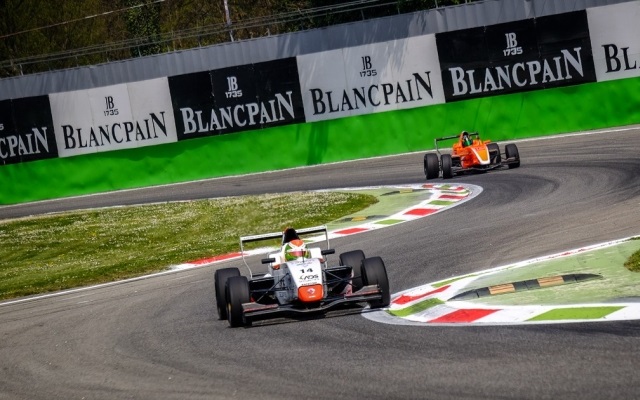 2014 runner-up Louis Deletraz will start the season-opening Formula Renault 2.0 NEC race from pole position after a confident performance at Monza.

MGR’s Colin Noble was the early pacesetter as most of the field opted to stay in the pits for the first half of the session.

At halfway point however, Deletraz jumped into the lead with a lap that put him more than a second clear of the rest of the field. The session was brought to a premature end thanks to a red flag two minutes before the end.

Ukyo Sasahara was the closest challenger of Deletraz, edging out Kevin Jorg with a last-minute lap.

The top ten was completed by Valentin Hasse-Clot, Force India junior Jehan Daruvala and Noble, all finishing within the same tenth.

UPDATE: The revised qualifying results have promoted Ignazio D’Agosto to fifth place from his original 13th.