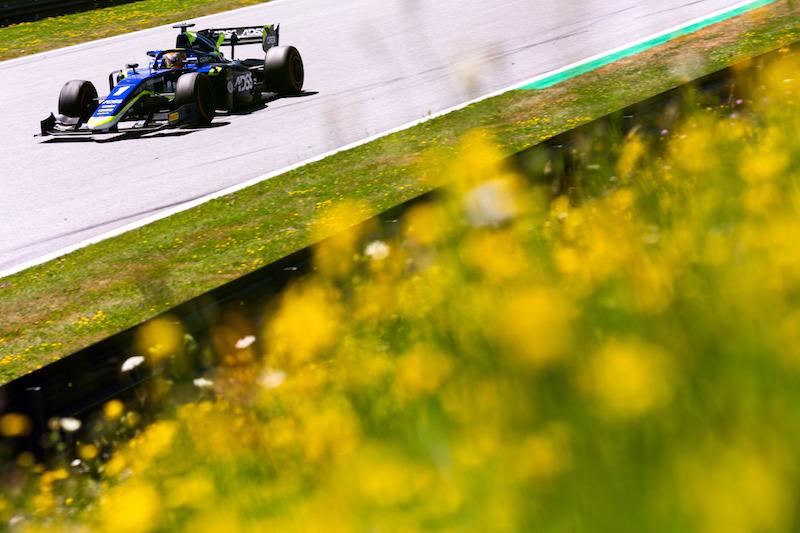 Most of the fastest laps were set early in the session before drivers switched their focus to long runs, with Deletraz posting a 1m14.782s to beat de Vries to top spot by 0.058 seconds.

Luca Ghiotto claimed third place, 0.029s behind de Vries, recovering from an off through the gravel trap at Turn 7 after a mid-corner twitch.

Nicholas Latifi – second in the points – was fourth, just ahead of the two drivers chasing him in the standings, Jack Aitken and Sergio Sette Camara.

Arjun Maini was 16th on his first F2 outing this season, having replaced Dorian Boccolacci at Campos Racing.

Patricio O’Ward, going into his F2 debut ‘stone cold‘ without even simulator experience of the car, was 18th fastest, 1.4s off the pace but only two tenths and one position behind MP Motorsport team-mate Jordan King.

Two tenths further back in 19th was fellow debutant Ryan Tveter, who replaces Ralph Boschung at Trident having tested with the team in Abu Dhabi at the end of last year.