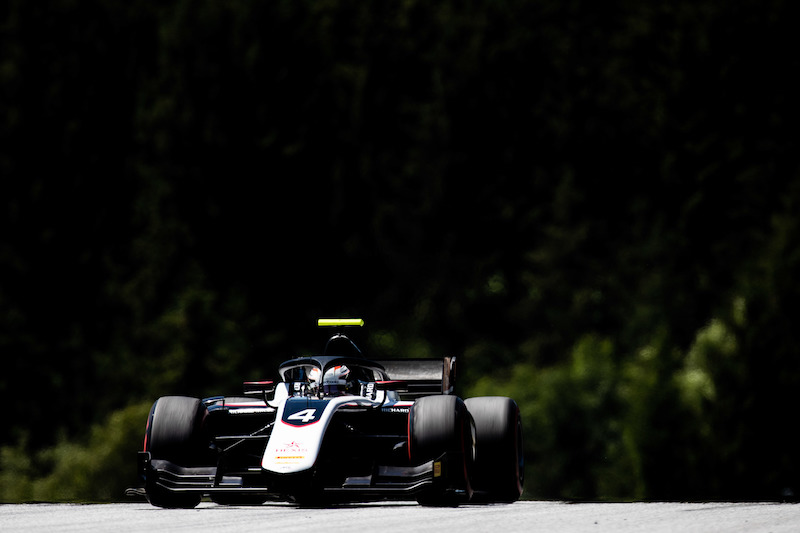 ART driver de Vries led the session from the first set of flying laps, 0.266s ahead of the chasing pack led by Luca Ghiotto.

With air temperatures of 30 degrees celcius, improvements proved difficult on the second laps on the supersoft tyres.

Hubert – who has struggled so far in qualifying this year with Arden relative to their package’s strong race pace – was fourth after the first runs, and chose to make his second run with a clear track in the middle of the session.

The Renault junior went second fastest, 0.076s off de Vries’ benchmark, and managed hold onto that position after he returned to the pits.

Hubert’s fellow rookie Guanyu Zhou kept up his strong qualifying form, the Virtuosi driver following up his second place on the grid at Paul Ricard with third in Austria.

Nobuharu Matsushita claimed fourth ahead of Ghoitto, who managed to improve his time but not his position on a second flying lap at the end of the session.

Callum Ilott overcame a wild ride over the kerbs on the exit of the final corner on his first run – prompting him to ask his team to check for damage when he pitted – to take 10th.

On his first day driving an F2 car, Patricio O’Ward qualified the best of the season debutants in 17th, just ahead of series returnee Arjun Maini and fellow newcomer Ryan Tveter.