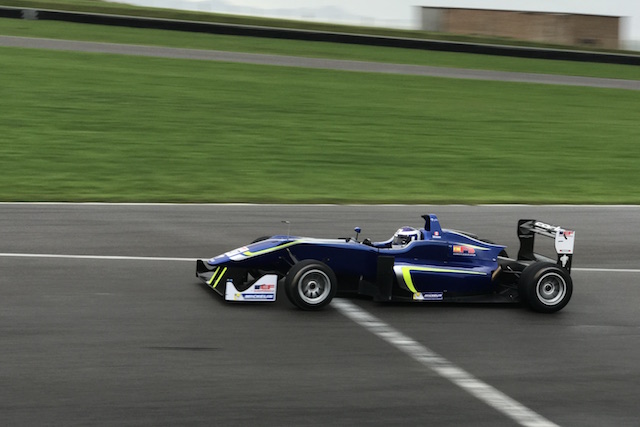 British Formula 4 race-winner Devlin DeFrancesco will race in Euroformula Open with Carlin in 2017.

The Canadian, who turns 17 in January, joined Trevor?Carlin’s setup in 2015 ahead of his maiden single-seater campaign, and came fifth in the British F4 standings after three victories.

He also contested a parallel Italian F4 programme with Mucke Motorsport, and began the year racing in the Toyota Racing Series in New Zealand.

?I?m really looking forward to getting going and am very happy to continue my partnership with Carlin, who have offered me a huge amount of support,??said DeFrancesco, who recently tested the team’s Dallara-Toyota at Anglesey and will do so again at Silverstone later this month.

?It will be a challenge, but I?ve been working very hard so that I?m in the best possible position when the season gets underway.

?It was a very promising campaign for the boys in blue and the way they adapted so quickly to Euroformula Open demonstrates the amazingly high level this team performs at.

“I?m sure that we?ll be at the front fighting for victories at every round in 2017.?

Trevor Carlin added: “Devlin has been part of the team in one way or another for the past two seasons so we?re delighted to have him on board as the first driver announced in our Euroformula Open line up.

“Devlin is a fantastic asset to have in any team and will no doubt show himself well from the very start of the 2017 season as he gets to grip with a new car and a new challenge.

“He?s been working extremely hard this past season in his dual campaign and I can?t wait to see what he is capable of in the Euroformula Open car.”