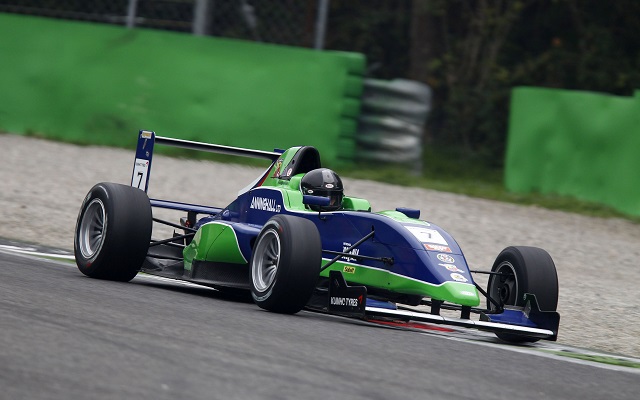 F3 Open regular Denis Nagulin has marked his rookie appearance in Formula Abarth with a win, taking first in the final race of the season at Monza.

The Russian driver went from fifth on the grid to second by the end of lap one, which put him right behind poleman Simone Iaquinta. The duo seemingly had the pace on the rest of the field and began to pull away, with Nagulin staying firmly within two seconds of the race lead.

On lap eight, Iaquinta began massively slowing down due to mechanical issues and would soon retire from the race after a pitlane visit didn’t help matters. Nagulin, therefore, inherited a comfortable race lead and brought the car home to take victory.

Nagulin’s teammate, series champion Alessio Rovera, started from the back of the grid after engine issues in qualifying and was second at the line after a fighting drive. Dario Orsini took third, but would later be disqualified when his car failed post-race inspection. As such, Vitaly Larionov inherited his second podium of the weekend after crossing the line in fourth.