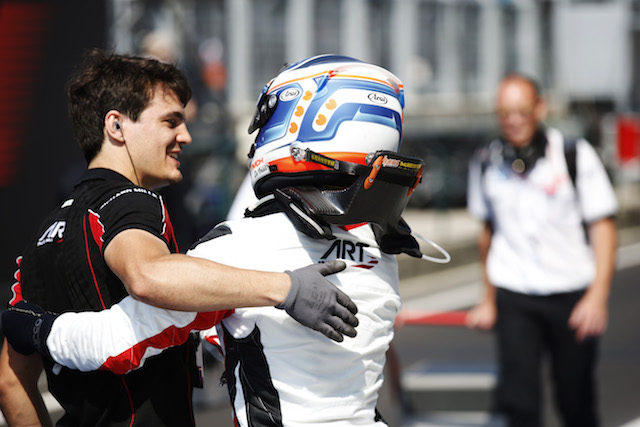 After the chequered flag it looked as if?Matt Parry would be taking pole with nobody able to challenge the Briton’s?time, but McLaren junior de Vries bettered the Briton by almost half a second, having been outside of the top 10 up to that point.

A similar gap?covered the rest of the top 10, with?Antonio Fuoco only 14 thousandths of a second behind Parry, and?Jake Dennis also less than a tenth behind the Koiranen driver.

Nirei Fukuzumi edged out team-mate and championship leader?Charles Leclerc, who had his worst qualifying performance of the year in a session?where – until de Vries’ lap – ART was not the dominant force of usual.

Leclerc will still start ahead of his nearest points rival (and another ART driver) Alex Albon, although only?Jack Aitken will separate them on the grid.

Early pacesetter?Jake Hughes ended up in 19th, but that was still three places better off than?his DAMS team-mate Santino Ferrucci.

Steijn Schothorst propped up the times, having had a provisional pole time deleted just before he came to a halt at the chicane, triggering a red-flag and a late shootout for the other drivers.