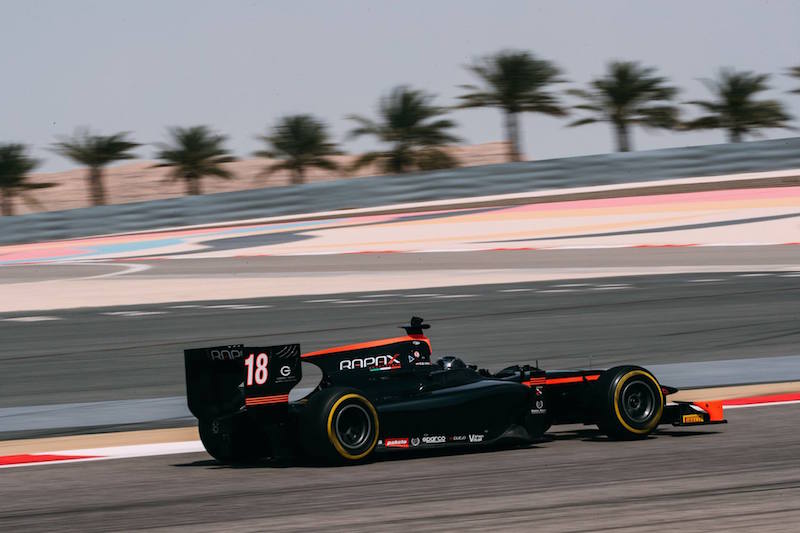 The Rapax driver had shown strong long run pace on Thursday, setting the fastest individual lap for a race run, but was sublime on qualifying simulations today, going unbeaten in the morning and afternoon.

Closest on outright pace in the morning were the DAMS pair Oliver Rowland and Nicholas Latifi. They dethroned de Vries from the top of the timesheets for a while, but with half an hour remaining the Rapax driver put in a time to beat Rowland by 0.007 seconds. ART Grand Prix?s Nobuharu Matsushita was two hundredths behind in third when the chequered flag fell, with Latifi and Prema?s Antonio Fuoco finishing the top five.

De Vries was first on track in the afternoon, eager to get as much track time as he could. He wasn?t at the top of the timesheets for long as the two Arden cars of Norman Nato and Sean Gelael, Russian Time?s Artem Markelov and Rapax team-mate Johnny Cecotto Jr. took turns going fastest.

The Dutchman left it late once more though and with just under an hour left he displaced Nato from the top with a time over a second quicker. Things got even better for Rapax as Nato was then beaten to second place by a late effort from Cecotto.

The equipment will be staying in Bahrain for the F2 opener in a fortnight?s time, the first time a F2 race has been held in Asia since Super Formula ran under the Japanese F2 name in 1986.