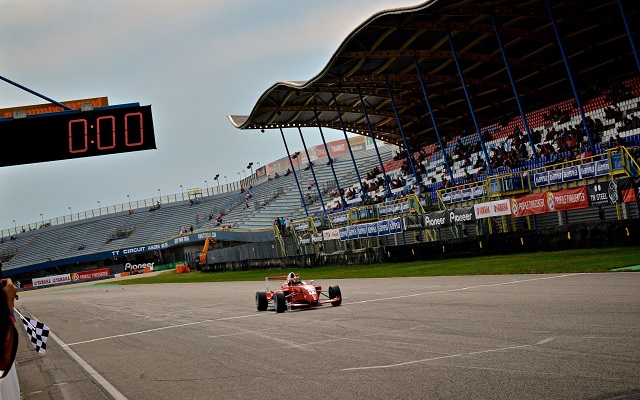 Anton De Pasquale took his fifth victory out of seven races in the 2014 Formula Renault 1.6 NEC season in race one at Assen.

The Australian driver, who is spending his first season in Europe, managed to hold off Ralf Aron at the start and maintained a consistent pace throughout the race to cross the checkered flag in first.

Scuderia Nordica’s Aron celebrated his first podium finish of the NEC season, taking the flag less than three seconds behind the winner.

Although he lost a position at the start, Janneau Esmeijer – the only other race winner this season besides De Pasquale – managed to climb his way back up to fourth, followed by Austrian racer Florian Janits.