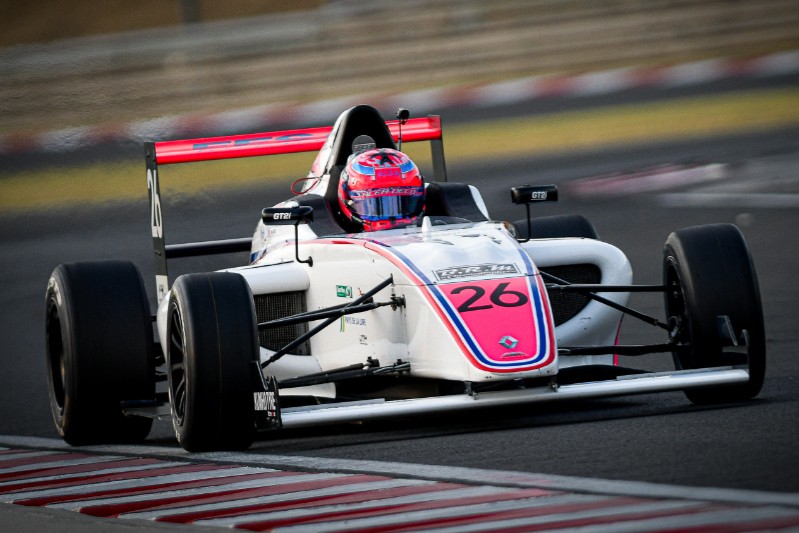 Hadrien David claimed a dominant victory in the opening French Formula 4 race at the Hungaroring, shortened by a red flag.

David came under pressure from Nicky Hays on the opening lap but, after a brief safety car period, he stormed away from the rest of the field.

Over the next handful of laps, David built a gap of more than 4.5 seconds before another safety car was brought out as a number of drivers fell off the track in the worsening weather. Rather then release the drivers, organisers then decided to stop the race entirely.

Bernier had started from the front row of the grid, but fell backwards off the line. After the early safety car, he tried to put up a defence against de Gerus but was soon demoted to fourth.

Evan Spenle was next on Bernier?s tail. The pair ran side-by-side for several corners, but Bernier was able to hang on to fourth. Ugo Gazil took sixth ahead of Jules Mettetal.

Enzo Valente spent the closing stages of the race leading a four-way fight for eighth. Sten van der Henst was running on Valente?s tail, with Gillian Henrion and Stuwie White not far behind.

Valente managed to hold onto eighth, while Gillian Henrion pipped van der Henst to ninth, but not before an incident with Vladislav Lomko early in the race. The pair came together on the opening lap, and Lomko was left stranded at the side of the track, prompting the safety car.

Bernier’s Junior rivals Isack Hadjar and Paul-Adrien Pallot were last of the finishers.