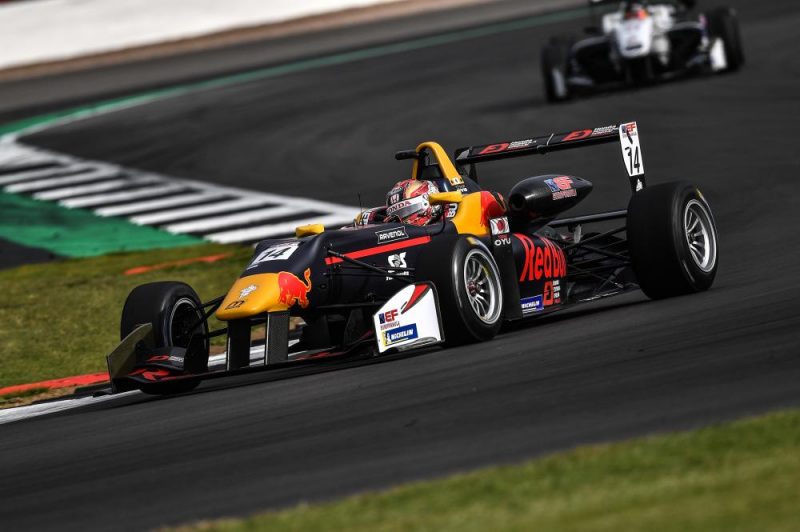 The Japanese driver traded first place with Motopark team-mate Enaam Ahmed for much of qualifying, both successfully utilising a smooth driving style around the high-speed sweeps of the British circuit.

Ahmed looked to have pole wrapped up when he set a 1m49.233s with a few minutes to go, but Oyu responded with a stunning 1m49.073s lap, over half a second quicker than the previous track record.

Their Motopark team-mates Cameron Das and Dennis Hauger occupied third and fourth until the final seconds, when Carlin’s Nicolai Kjaergaard and Billy Monger timed their last efforts perfectly to jump up to third and fourth.

Das and EF Open debutants Hauger and Niklas Krutten filled the next spaces for Motopark, with Carlin’s Christian Hahn and the sole Double R Racing car of Linus Lundqvist filling the top nine and all within a second of Oyu’s pole lap.

In 10th was title contender Lukas Dunner, who had a troublesome day of free practice with Teo Martin Motorsport and then struggled during qualifying.

Fortec Motorsports was back up to two cars with Calan Williams and BRDC British Formula 3 graduate Manuel Maldonado, but it seemed weaker than in recent rounds down in 11th and 12th. CF Racing’s returnee Stuart Wiltshire propped up the grid in 14th.